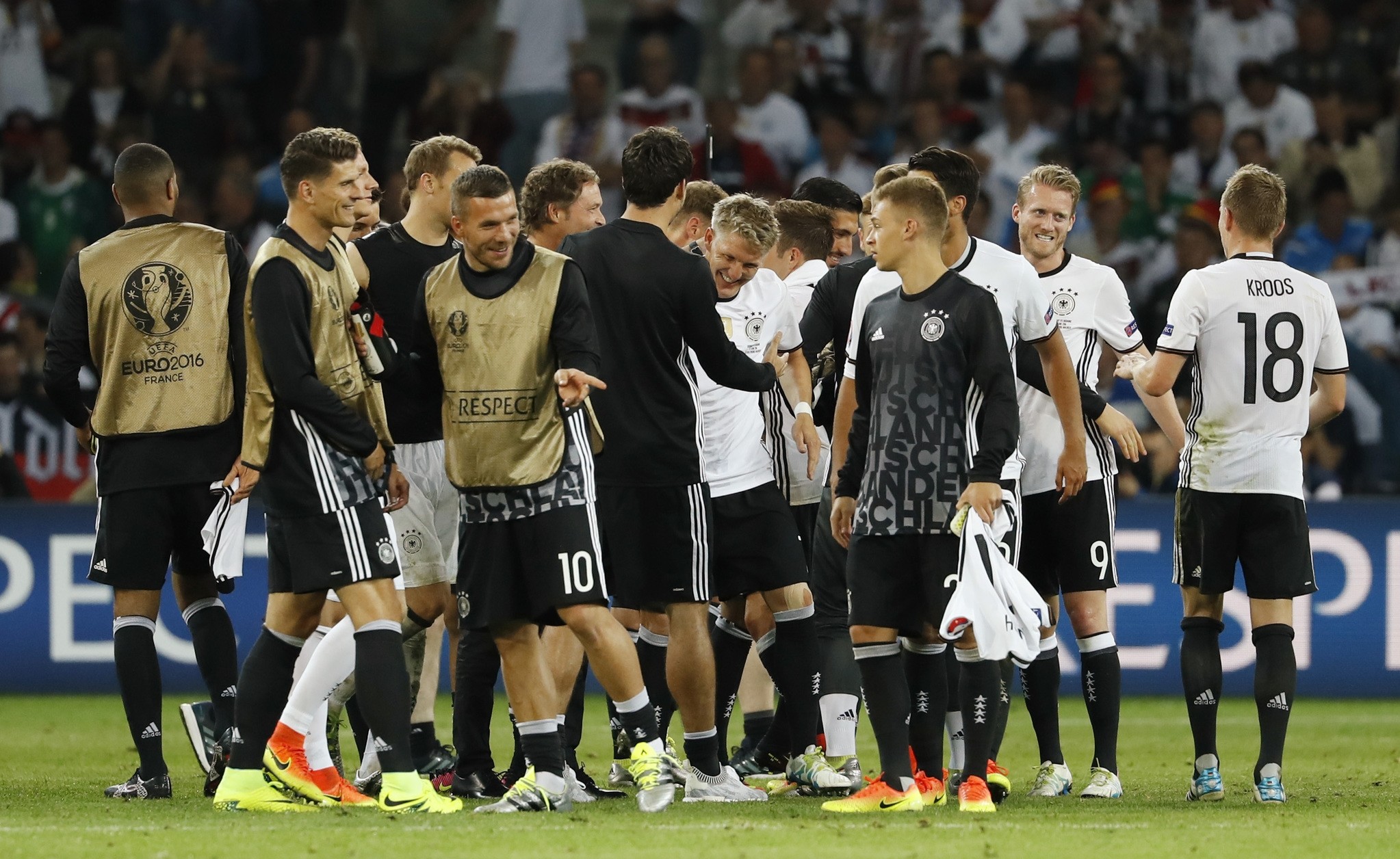 Germany's Bastian Schweinsteiger celebrates with team mates at the end of the match (REUTERS Photo)
by German Press Agency - DPA Jun 12, 2016 12:00 am
Germany won their opening game of Euro 2016 thanks to goals from Shkodran Mustafi and Bastian Schweinsteiger in an entertaining 2-0 win over Ukraine on Sunday, but the world champions will be worried by some lapses at the back.

The Group C encounter was end-to-end at times and played in a carnival atmosphere, despite news of trouble between fans in Lille city centre before kick-off.

Ukraine could easily have levelled for 1-1 on a number of occasions against a slightly makeshift Germany defence, giving other sides hope that Joachim Loew's side can be conquered, especially if they again fail to fully kill off a game.

Germany are level at the top of Group C on three points with Poland, who also beat Northern Ireland 1-0 in their tournament opener on Sunday.
Last Update: Jun 13, 2016 12:11 am
RELATED TOPICS