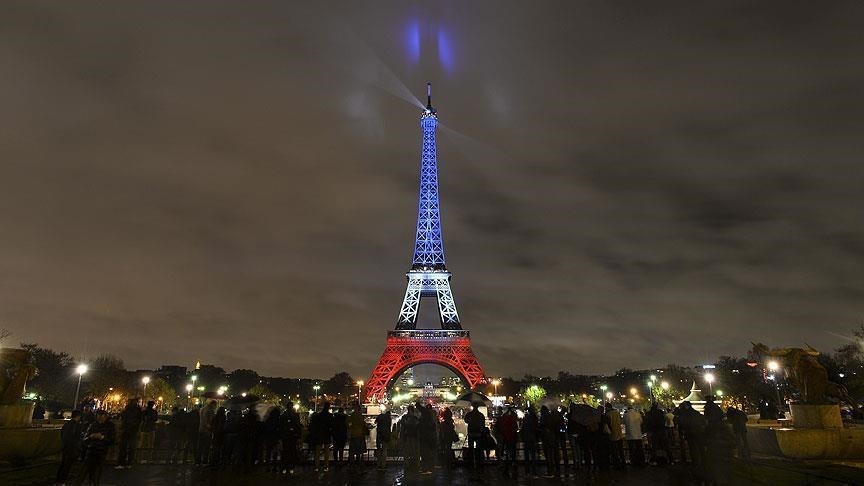 Thanks to the enthusiasm of Turkish football fans, the Eiffel Tower may be lit up Sunday night in red and white, the colors of the Turkish team, and its flag, competing in the Euro 2016.

As part of a social media campaign in line with the Euro 2016 football tournament that kicked off Friday in Paris, football fans now have a chance to see the city's iconic landmark lit up in the colors of their national team if it ends up being the most supported team on social media.

Currently, Turkey's fans are leading the competition at 45 percent and counting ahead of their team's first tournament game against Croatia, which means the Eiffel Tower may be illuminated in red and white for 10 minutes after the last game Sunday night.

Friday's winner was France as French fans overwhelmingly beat the supporters of other 23 teams, sending 73.3 percent of the tweets with hashtags representing their country. Wales came out the winner Saturday, with Welsh fans getting 29.6 percent.

To vote, fans must use the hashtag of their favorite team playing that day, for example, #TUR for Turkey before 9:30 pm CET (2030GMT).

The nation that receives the most support will have their colors displayed on the world-famous landmark, while a selection of the best fan messages will also be shown on the Eiffel Tower, according to the UEFA's website.

"The spotlight will fall on supporters during every game of the tournament as well, with the most creative and colorful in the running for the Fan of the Match award.

"The winner will be called out by UEFA at half-time and their picture projected onto the big screens around the stadium, before they are invited onto the pitch to receive an official Fan of the Match trophy presented by [tournament sponsor] Orange and UEFA after the final whistle," it said.