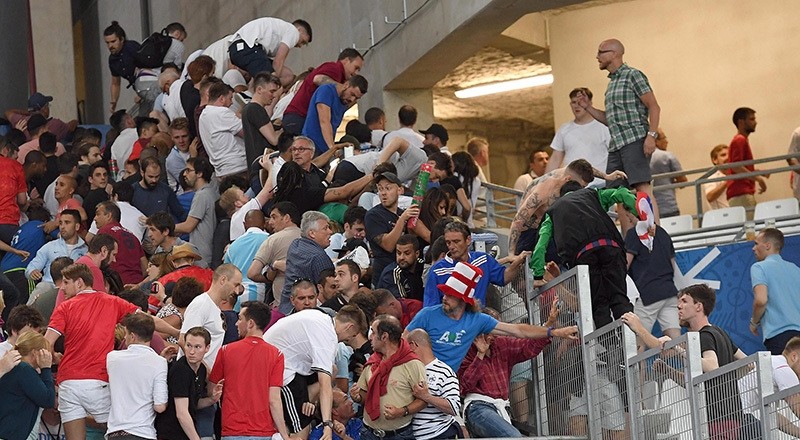 UEFA said Sunday that Russia and England could be thrown out of the European Championship finals if their fans are involved in more violence.

The UEFA executive committee made a public "warning" in a statement which expressed "disgust for the violent clashes which occurred in the city of Marseille" this weekend.

On top of any punishment ordered by an investigation committee, the executive committee said "it will not hesitate to impose additional sanctions on the Football Association (FA) and the Russian Football Union (RFU), including the potential disqualification of their respective teams from the tournament, should such violence occur again."

Dozens of people were hurt in three days of clashes in Marseille and at the Stade Velodrome after the England-Russia match on Saturday which ended in a 1-1 draw.

UEFA earlier charged Russia with misconduct over the role of its fans in the unrest.

Russia was charged with crowd disturbances, racist behaviour and letting off fireworks.

The result of the inquiry and sanctions are to be announced on Tuesday.

Russia's next game is in Lille, northern France, on Wednesday against Slovakia. England's next Group B game against Wales in nearby Lens on Thursday has been classed as a high-risk game by the French authorities.