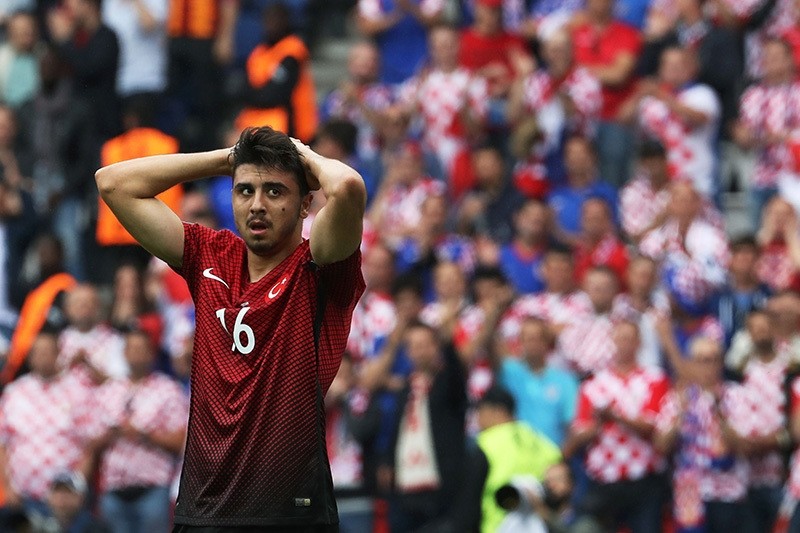 In the 41st minute, Turkish midfielder Selçuk İnan cleared the ball in one of the numerous attacks carried out by Croatia. The ball rose into the air and advanced near Real Madrid's star Modric who was standing outside of the penalty area. Tufan, who was standing between the post and Modric, is seen fixing his hair instead of closing down, giving a clear angle for Modric who shot the ball when it landed on his feet.

The interesting moment was first captured by German sports network beIN, and went viral among Turkish football fans, who are also infuriated by Tufan's poor performance, along with his teammates. "It is Ozan Tufan's right to look good in European Championship" some fans mocked Tufan in tweets.

Despite his poor performance, however, Tufan's header from close range, blocked by Croatian goalkeeper Danijel Subasic on the line, was the moment when Turkey get closest from scoring a draw.

The victory gave Croatia a clear advantage to advance into the last 16, while Turkey will face defending champions Spain in Nice on Friday to remain in the competition.