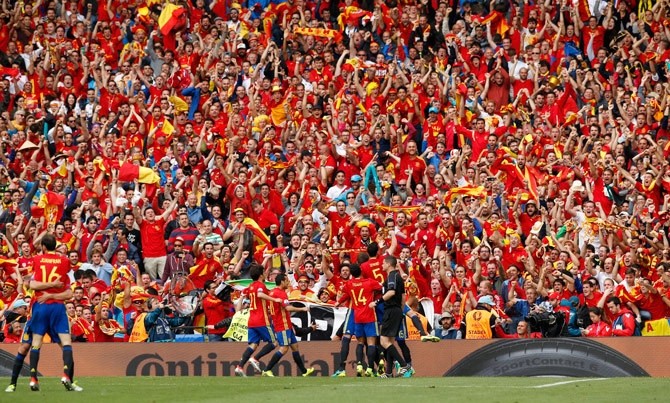 by Jun 13, 2016 12:00 am
Reigning champions Spain left it late but Gerard Pique's 87th-minute header earned them a deserved 1-0 victory over a dogged Czech Republic in their Euro 2016 Group D opener on Monday.

Pique headed in Andres Iniesta's perfect cross to give Czech goalkeeper Petr Cech no chance after he had made several fine saves to put his side within sight of an unlikely draw.

Cech reacted well to deny Alvaro Morata and David Silva in the first half while Czech defender Roman Hubnik deflected Morata's shot against his own post.

Spain were given a fright when a stretching Hubnik forced a save from David de Gea and Cesc Fabregas made a goalline clearance to keep out Theodor Gebre Selassie's header.

But Pique ensured the champions began with a victory to join Croatia on three points.