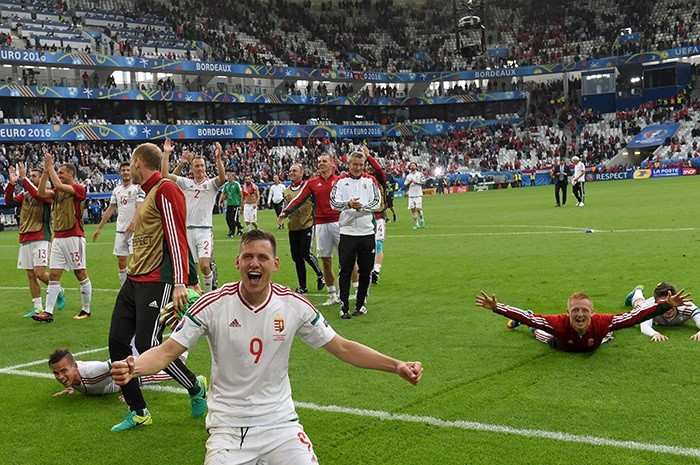 Hungary's forward Adam Szalai celebrate after a 2-0 victory in the Euro 2016 group F football match between Hungary and Austria at the Matmut Atlantique stadium in Bordeaux on June 14, 2016. (AFP Photo)
by Anadolu Agency Jun 14, 2016 12:00 am

Near the end of the game Hungary secured their win as Nurnberg attacking midfielder Zoltan Stieber chipped over Almer on a counter attack in the 87th minute to make it 2-0.

Austria center back Aleksandar Dragovic was sent off after penalizing Hungarian opponent in 66th minute.

Tuesday's other Group F match is taking place between Portugal and Iceland in Saint-Etienne.