Ronald Koeman resigns from Southampton to take charge of Everton 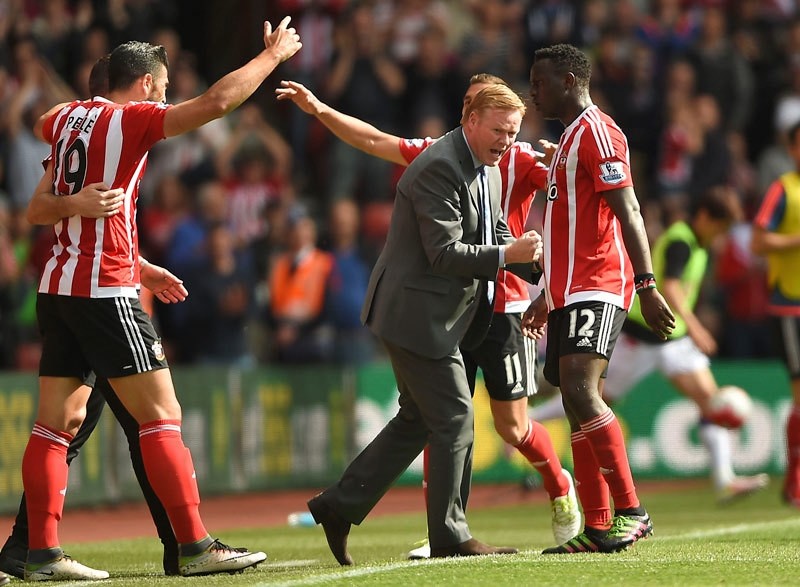 Ronald Koeman joins in the festivities during the English Premier League soccer match between Southampton FC and Crystal Palace at the St Maryu2019s stadium in Southampton , England. Sunday May 15, 2016 (AP Photo)
by Associated Press Jun 14, 2016 12:00 am

Southampton said it has begun a search for Koeman's replacement. The 53-year-old former Barcelona player had only a year remaining on his contract at Southampton, which he led to seventh and sixth place in his two years in charge.

"Everton is a club with a great history and real ambition, and it is a proud feeling for me to be part of what we want to go and do," Koeman said after signing a three-year contract at Everton.

"We are really pleased to have secured the man who was our No. 1 target from the moment we set out to appoint a new manager," chairman Bill Kenwright said.

"Ronald has such a strong track record in the game, instantly commanding respect for what he achieved as a player, and for his qualities and accomplishments as a manager."

Koeman has coached across Europe, winning the Dutch league twice with Ajax and domestic cups with Benfica in Portugal and Valencia in Spain.

As a player, Koeman won the European Cup with PSV Eindhoven in 1988 and Barcelona in 1992. Koeman made 82 appearances for the Netherlands.