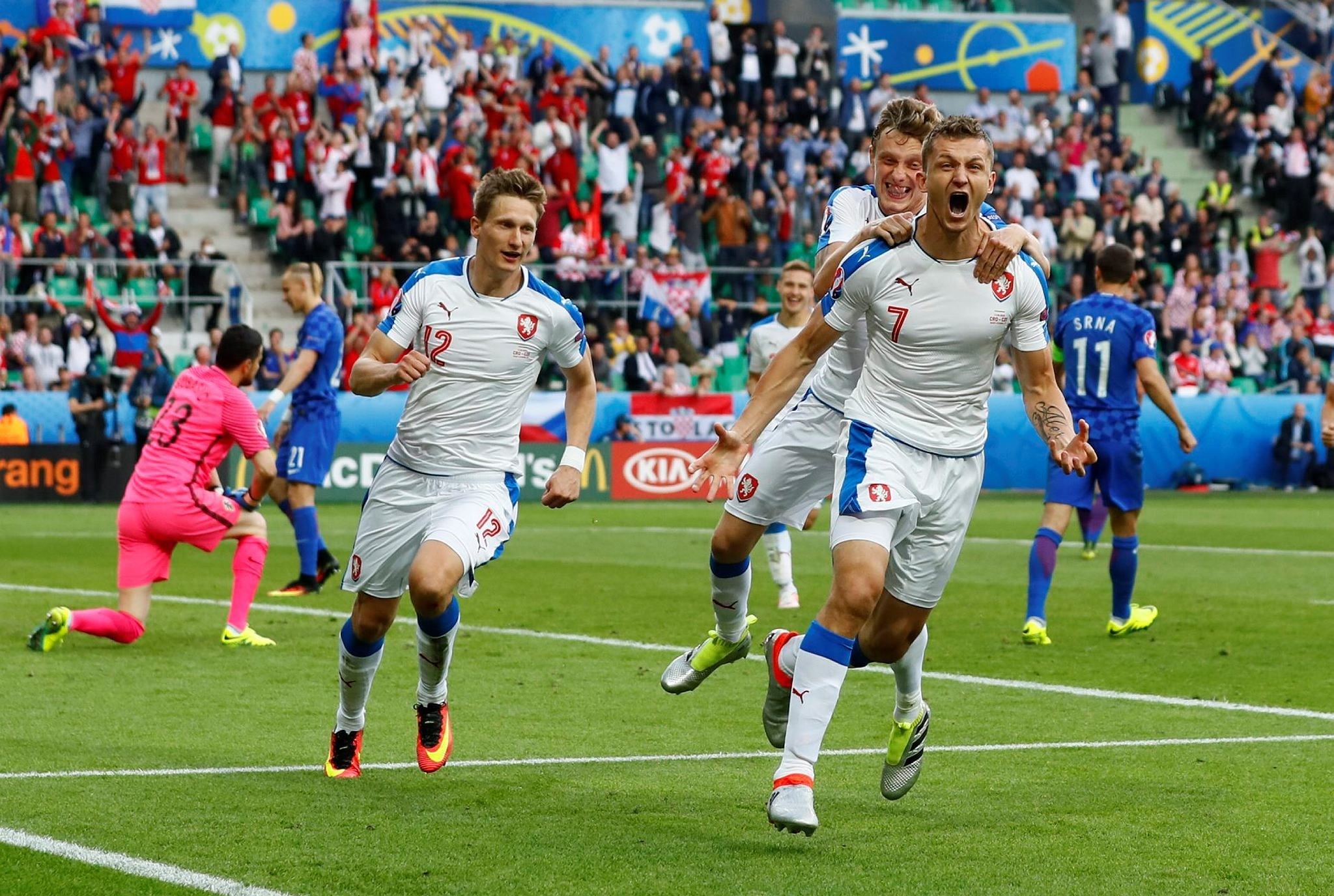 Czech Republic salvaged a 2-2 draw with Croatia at the European Championship on Friday in a game marred by a temporary suspension when flares were thrown onto the pitch and Croatia fans fought among themselves.

Against the run of play, the Czechs earned their first point of the competition with two late strikes — the first time at Euro 2016 that a team has come back from two goals down.

Substitute Tomas Necid scored the equalizer from the penalty spot deep into stoppage time after Domagoj Vida was penalized for a handball.

Goals from Ivan Perisic and Ivan Rakitic had given Croatia a well-deserved 2-0 lead before Milan Skoda ensured a nervy finish when he pulled one back in the 76th minute with a powerful header from Tomas Rosicky's perfectly judged cross.

The game at Geoffroy Guichard stadium in Saint Etienne was then delayed when flares were thrown onto the pitch from the Croatian fans end. Ivan Rakitic and Croatia captain Darijo Srna were among the Croatia players signaling to the team's fans to calm down.

Croatia is potentially facing a big fine from UEFA over the delay. The governing body said after the match that it will open disciplinary procedures against Croatia following the incidents.

Croatia coach Ante Cacic was furious at the behavior of the team's fans.

Speaking through a translator, Cacic described those responsible for the incidents as "sports terrorists" and said the Croatian football authorities can't fight against these "hooligans" on its own.

"They don't deserve to sit in stands," he said. "They ruin everything we are doing.

"It's a group of maybe six, seven or 10 individuals. I hope we can identify them and that they will be punished."

Croatia's fans have one of the worst records in Europe for misbehavior in stadiums. Four years ago, then UEFA President Michel Platini singled out Croatia fans for criticism. Croatia was later deducted one point in its Euro 2016 qualifying group after fans painted a swastika symbol on the field before a match against Italy in Split.

Croatia dominated for most of the game and deservedly went ahead when Perisic opened the scoring in the 37th minute after shooting past Czech Republic goalkeeper Petr Cech with a low angled shot into the corner.

After beating the offside trap, Rakitic made it 2-0 in the 59th with a chip over Cech. Rakitic celebrated his goal by embracing Srna, who returned to France this week after attending his father's funeral.

Croatia leads Group D with four points, three more than the Czech Republic. Spain takes on Turkey in the group's other match Friday.