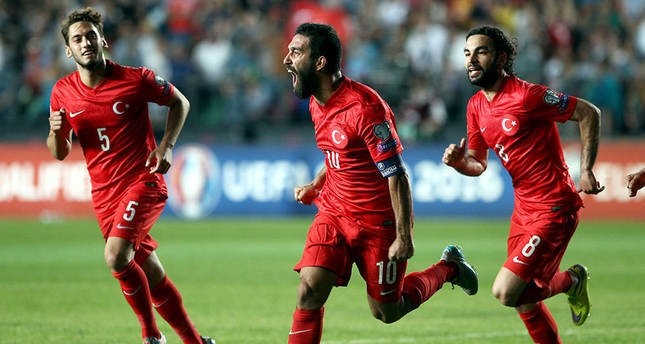 Against a Spain side seeking to nail down a slot in the knockout stages, Turkey have an uphill battle to salvage their prospects of progressing in France. Arda Turan, off the pace and substituted after 65 minutes, was one of the most heavily criticized players when Turkey lost their opening match 1-0 to Croatia on Sunday, going down with barely a whimper. The Barcelona player produced very little in attack and not much in the way of tracking back either as Croatia overran the Turkish midfield. He later apologized to the Turkish public, acknowledging that he had played badly. Coach Fatih Terim was equally disappointed in Turan and teammate Hakan Çalhanoğlu.

"These are important players," he said. "We rely on their performances but they couldn't deliver enough. We need them but these things happen."

At his best, Turan, who first captained Turkey as a 21-year-old and helped them to reach the semi-finals at Euro 2008, has excellent technique and vision and Turkey are a different side when he is on form. Terim had said before the match that Turan's lack of playing time at Barcelona would not be a problem and that he remained an important player even when not fully fit. However, the 29-year-old has clearly suffered as a result of last July's move from Atletico Madrid to Barcelona which seemed to be of questionable wisdom at the time. Turan had flourished at Atletico under the inspirational leadership of coach Diego Simeone, becoming the first Turkish-born player to win La Liga when they upset all the odds by winning the title in 2014. He had, though, always dreamed of playing for Barcelona and agreed to join them despite knowing that, with the Catalans serving a transfer ban, he would have to wait six months for his competitive debut. Once he was allowed to play in January, he had a lot of catching up to do and Turan struggled to adapt to a Barcelona team whose slick passing style is a world away from combative, never-say-die Atletico. He started only nine league matches and made a further nine appearances as substitute, several of them for only a few minutes.

European champions Spain are now unbeaten in 13 European Championship games, but question marks remain over the potency of their attack to give veteran coach Vicente Del Bosque plenty of selection headaches for their second Group D tie. Del Bosque handed European Championship debuts to Celta Vigo winger Nolito and Bayern Munich midfielder Thiago Alcantara, although neither are guaranteed to start against Turkey. Despite the new-look Spain, it was the 32-year-old Andres Iniesta who ran the show for Spain, even without his retired long-time partner Xavi at his side, as he made the goal for Pique with an inch-perfect cross. Two days after the game, Spanish sports daily AS still marveled at Iniesta's sublime performance, splashing: "Global astonishment!" on its front page on Wednesday.

"He is fundamental for us," said Iniesta's Barcelona teammate Sergio Busquets.

Elsewhere, rocked by a second family bereavement in three days, Croatia will be determined to seal a last-16 berth when they meet the Czech Republic in their Euro 2016 Group D clash today, defender Domagoj Vida said. Following the death of captain Darijo Srna's father on Sunday during Croatia's 1-0 win over Turkey, the team's media officer Tomislav Pacak said goalkeeping coach Marijan Mrmic's father had also died during Tuesday night. Srna, accompanied by coach Ante Cacic, went to his father's funeral on Monday and returned to the team's Deauville base camp in northern France ready to face the Czechs. "We all mourn when someone here suffers a loss because we are one big family," Vida told a news conference on Wednesday.

"If we perform like we did against Turkey and show the same fighting spirit we should come out on top, although the Czechs are tougher opposition.

"I don't think they will throw caution to the wind despite being under more pressure than us (after their opening 1-0 defeat by holders Spain). They are more likely to sit back and rely on fast breaks because that's their style." However, the Czechs must come up with a bolder approach, having conceded a late goal against the Spaniards after working hard to contain the champions.
RELATED TOPICS