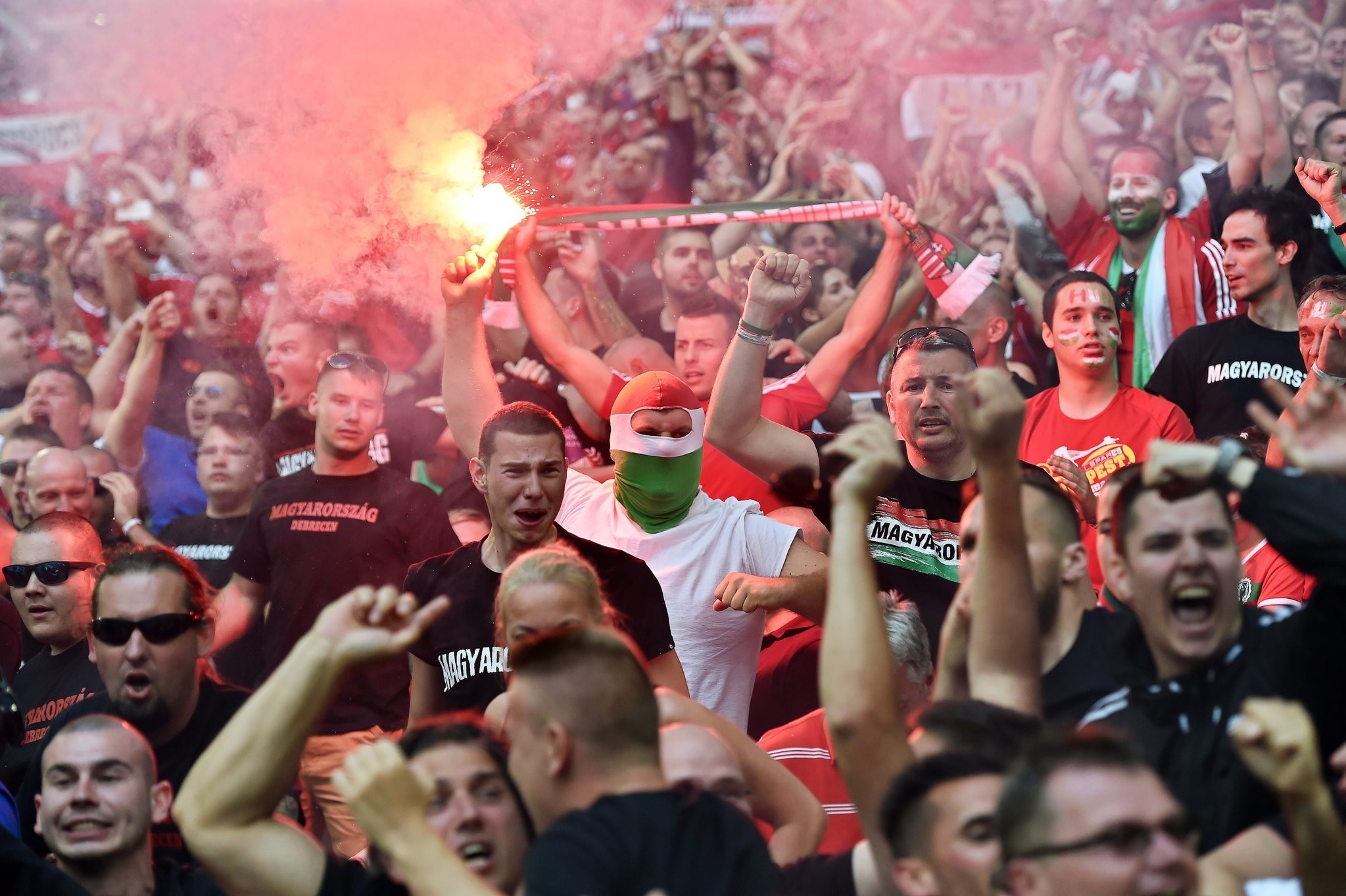 Birkir Saevarsson scored a late own-goal to hand Hungary a 1-1 draw with Iceland on Saturday in another European Championship match affected by crowd trouble.

Saevarsson turned a cross from Nemanja Nikolic into his own net as Iceland was headed for its first victory at a major tournament.

As the players celebrated the 88th-minute equalizer, Hungarian fans threw flares onto the field and into a group of nearby police officers, delaying the restart.

Iceland took the lead in the 40th minute when Gylfi Sigurdsson scored from the penalty spot, hitting the ball low and hard to veteran goalkeeper Gabor Kiraly's right.

The penalty followed a chaotic scramble in the area after Kiraly caught, then dropped, a cross from Johann Gudmundsson. In the ensuing melee, Russian referee Sergei Karasev ruled that defender Tamas Kadar had fouled Aron Gunnarsson.

Iceland veteran Eidur Gudjohnsen nearly scored a winner with the final kick of the match, but his low shot from the edge of the box was deflected wide.

Hungary now has four points in Group F and looks set to qualify for the round of 16. Iceland has two points and next plays Austria.

Before the match, Hungarian fans clashed with stewards and a small group of French police as they forced their way over a fence in a corner section of the Stade Velodrome in an attempt to cross into another stand and join a hardcore fan group behind the goal.

A flare was later waved during the national anthems in the Hungarian end, which was packed with supporters in black t-shirts, and a firecracker was thrown onto the field from the same part of the stand after the referee awarded the penalty.

Another flare was lit after the final whistle when Hungarian players ran to celebrate with supporters.

Hungary is likely to face a significant fine from UEFA after repeated crowd trouble, a day after fighting and flare-throwing by Croatian supporters.