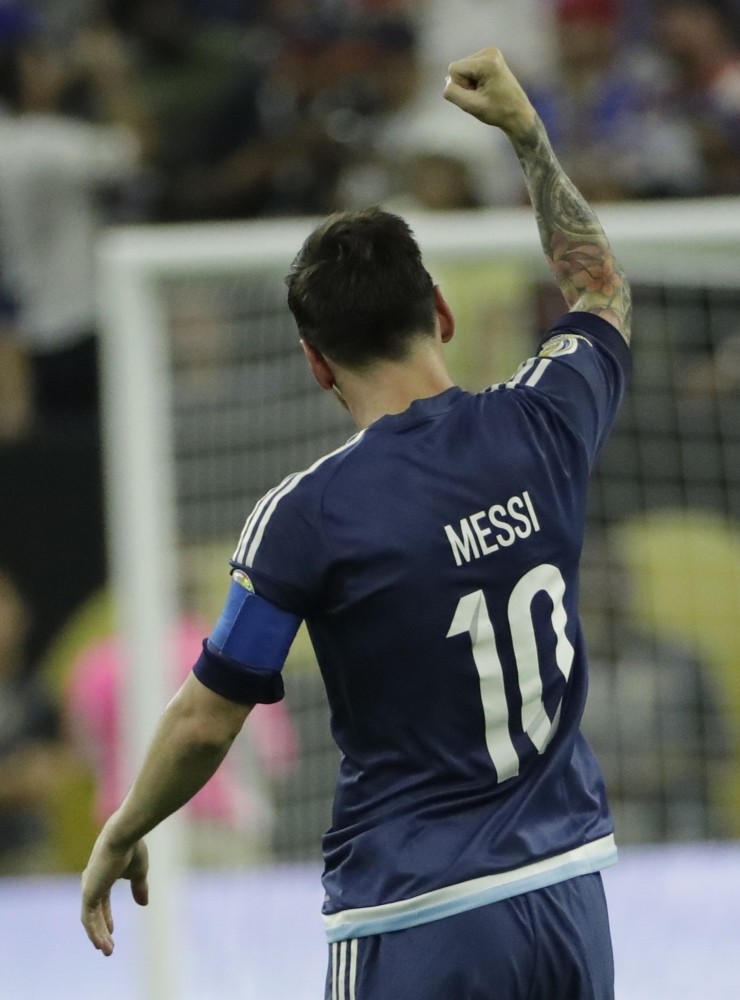 by reuters Jun 23, 2016 12:00 am
Argentina striker Lionel Messi became his country's all-time top goalscorer on Tuesday when he scored in the Copa America semi-final against the United States to take his international tally to 55 goals. The five-time world player of the year scored in the 32nd minute of the match in Houston to give Argentina a 2-0 lead. The goal in his 112th international lifts him above Gabriel Batistuta, who scored 54 goals in 78 games for the two-time world champions.

Messi's goal was a glorious free kick from 25 yards out that gave U.S. goalkeeper Brad Guzan little chance. He took the kick after being cynically felled as he burst forward by Chris Wondolowski, the American receiving a yellow card. It doubled Argentina's lead after Ezequiel Lavezzi put them one up in just three minutes.

The Barcelona striker now has five goals in the Centenary Copa America and is one behind Chilean Eduardo Vargas in the race to become the tournament's top goalscorer. He has achieved his tally despite not starting in Argentina's first three games because of a back injury. His form has nevertheless been outstanding with the 28-year old scoring a hat-trick in 19 minutes after coming on as a substitute in a 5-0 win over Paraguay last week. Argentina are hot favourites to win the Copa and end a trophy drought that extends back to 1993, when they won the Copa in Ecuador. They reached the finals of the Copa America in 2015 and the World Cup in 2014 but narrowly lost both matches.
RELATED TOPICS