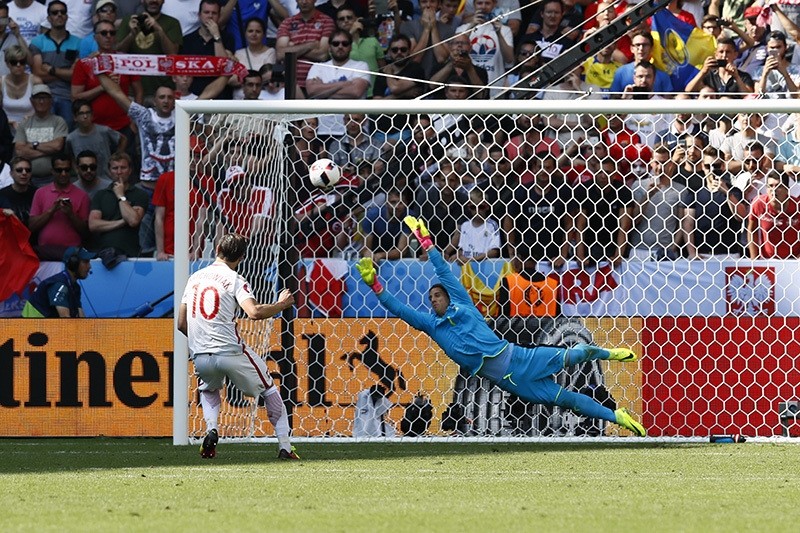 Poland's Grzegorz Krychowiak scores during the penalty shootout to win the match (Reuters Photo)
by German Press Agency - DPA Jun 25, 2016 12:00 am
Poland reached the quarter-finals of Euro 2016 with a 5-4 penalty shoot-out win over Switzerland in St Etienne Saturday, after their opponents rescued a 1-1 draw with a wonder-goal by Xherdan Shaqiri.

The Swiss were heading out to Jakub Blaszczykowski's first half opener with just eight minutes remaining when Shaqiri equalized with a magnificent scissor-kick from the edge of the box.

With no decisive goal coming in extra-time, it fell to spot-kicks to settle the tie. Switzerland's Granit Xhaka missed the only penalty, sending a woeful effort wide, and Grzegorz Krychowiak smashed home the winner.

Poland now move to Marseille on Thursday where they meet the winner of the last 16 tie between Croatia and Portugal.
Last Update: Jun 25, 2016 6:51 pm
RELATED TOPICS