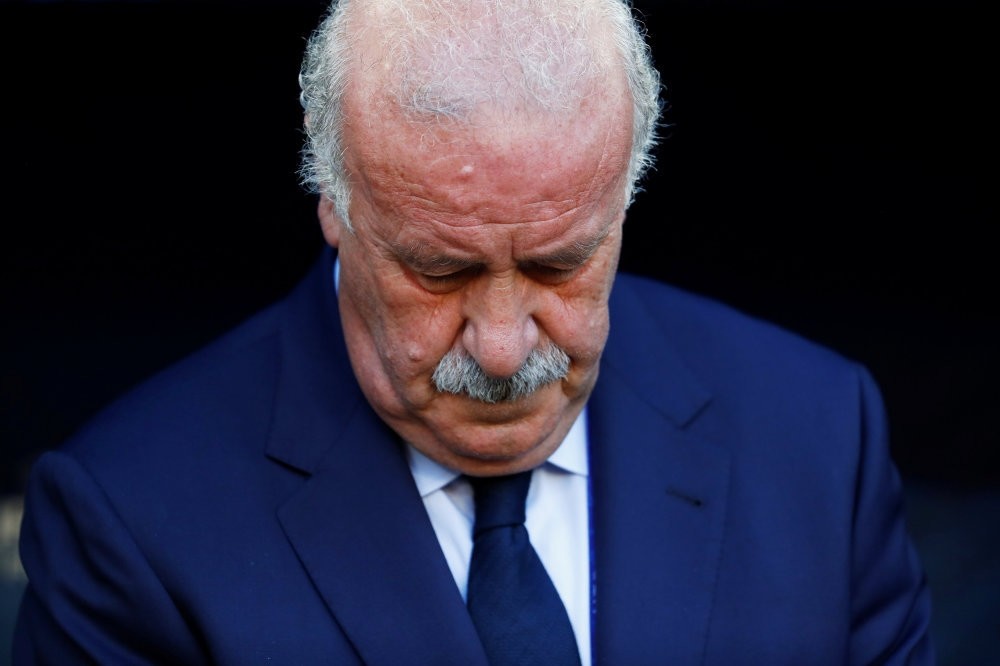 by Daily Sabah Jul 02, 2016 12:00 am
Spain coach Vicente del Bosque has decided to retire from football management after the defending champions were knocked out of Euro 2016 by Italy at the finals in France.

"Of course, I have no intention of continuing (as Spain coach)," the country's World Cup-winning manager said in an interview with Radio Nacional de Espana on Thursday. "It was a decision I had taken beforehand. I still have a contract until July 31 (when) I will retire from football."

Del Bosque, who won two Champions League crowns and two La Liga titles in a four-year spell in charge of Real Madrid from 1999, was persuaded to stay on as Spain boss and led them into Euro 2016 where they failed to deliver.
RELATED TOPICS