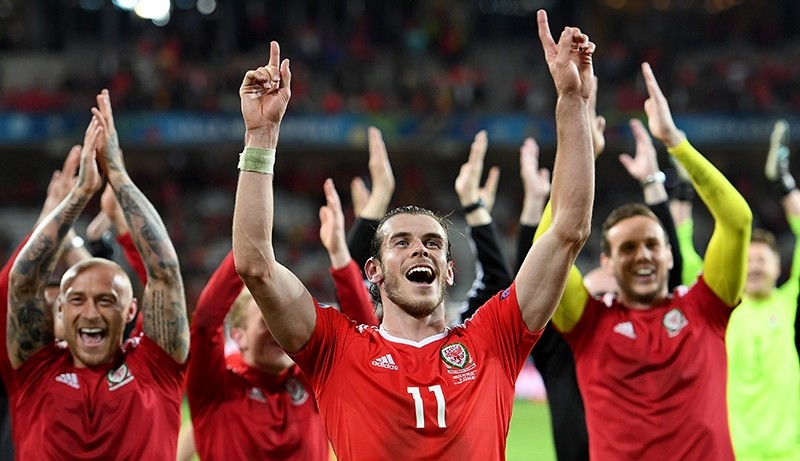 Wales stunned Belgium 3-1 at Euro 2016 on Friday to reach their first ever semi-final of a major tournament.

Radja Nainggolan fired Belgium into a 13th-minute lead in Lille, but goals from Ashley Williams, Hal Robson-Kanu and Sam Vokes sent Wales through to a last-four showdown.

With the victory, Wales, which has not participated in a major tournament since their 1958 World Cup appearance, reached the Euro's semifinals.

The teams went to the locker room with a 1-1 draw, but Wales took over in the second half.

Forward Robson-Kanu gave Wales the much-anticipated lead in the 55th minute, with a great control of the ball that left two defenders wrong-footed and left him one-on-one with Belgium's goalkeeper Thibaut Courtois.

Belgium, also known as the Red Devils, looked rattled after the goal, and that gave Wales more chances to score.

Sam Vokes, Welsh forward, clinched the deal for his team in the 86th-minute goal, and the crowd went wild.

"I said before we kicked the ball today, we're not here to enjoy it, we are here to compete," Wales manager Chris Coleman said.

"Don't be afraid to have dreams. Four years ago I was as far away from this as you could imagine. I've had more failures than successes but I'm not afraid to fail. We deserve this."

Wales, playing in their first quarter-final, and major tournament, since losing to Brazil at the 1958 World Cup, next have a match that pits the world's two most expensive players - Portugal's Cristiano Ronaldo and his Real Madrid team mate Gareth Bale - against each other in a mouth-watering clash.

Coleman's side, however, will have to cope without their inspirational midfielder Aaron Ramsey and defender Ben Davies who both picked up bookings that ruled them out of the semi-final in Lyon on Wednesday.

Belgium coach Marc Wilmots was left to rue an injury and suspension in defence that robbed him of the experienced Jan Vertonghen and Thomas Vermaelen as their younger replacements, Jordan Lukaku and Jason Denayer, were frequently exposed.

The manner of the defeat, however, is likely to increase the scrutiny on Wilmots, who has faced criticism for failing to make the most of what many believe to be a golden generation of Belgium players.

"This Belgian team is a team that demands respect, but we let things go a bit today and we paid for that in cash," he said, before adding he would take time to consider his future.