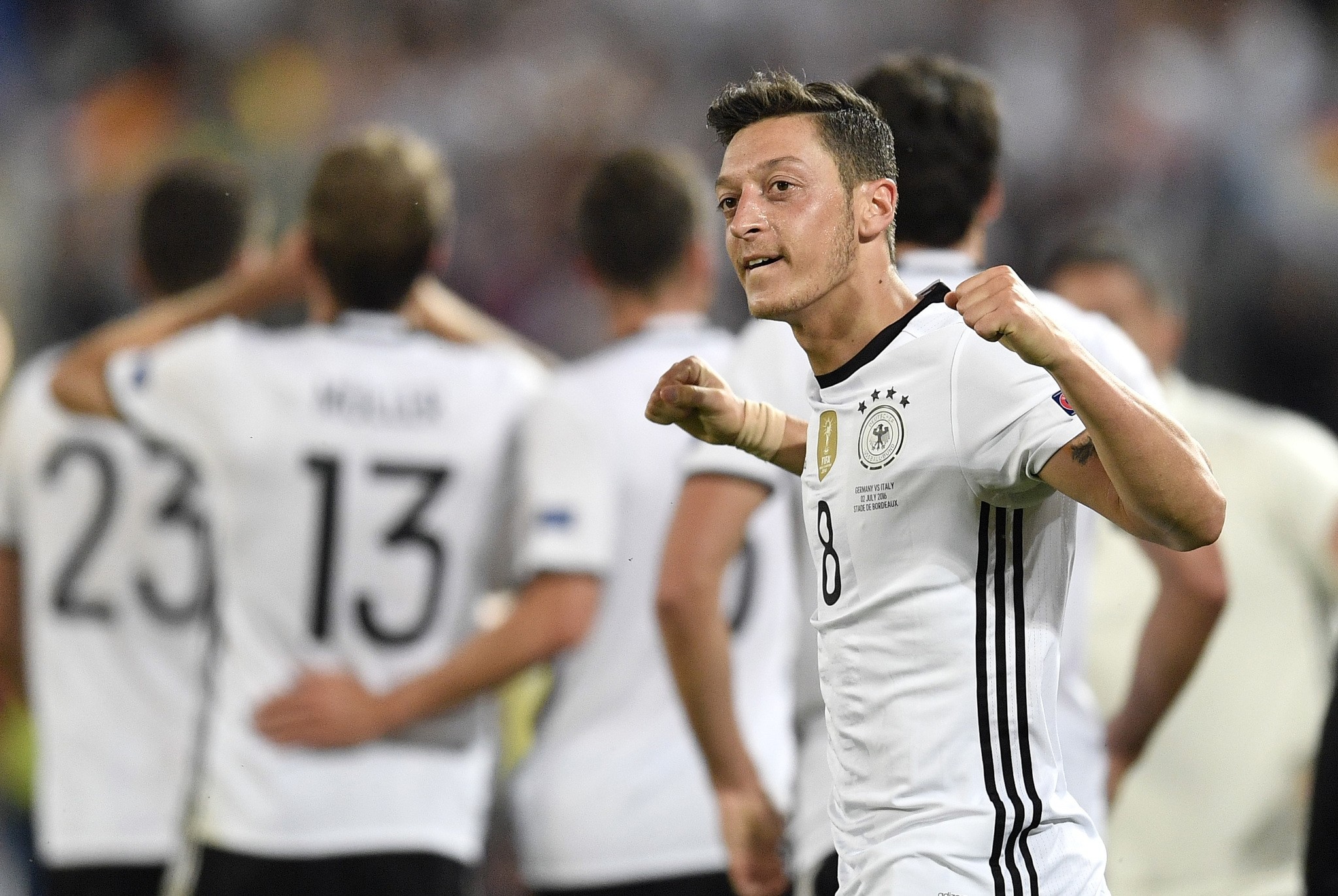 Germany's Mesut Ozil celebrates after scoring the opening goal during the Euro 2016 quarterfinal soccer match between Germany and Italy. (AP Photo)
by Jul 03, 2016 12:00 am

Germany defeated old rivals Italy 6-5 in a penalty shootout at Euro 2016 with a winning spot kick from Jonas Hector after the game finished 1-1 following extra time on Saturday to reach the semi-finals.

They will now face the winners of the other quarter-final between hosts France and Iceland, who play on Sunday.

Germany midfielder from Turkey, Mesut Özil, who had experienced a quiet tournament so far, was in the right place to open the scroring in the 65th minute when he turned in Jonas Hector's cutback after good work from Mario Gomez down the left.

The Italians, however, levelled with a 78th minute penalty from Leonardo Bonucci after Jerome Boateng handled the ball.

Germany, who had not conceded a goal in their previous four tournament matches here, took their time to get going against a well-oiled defence with Thomas Mueller having their best chance before Özil broke the deadlock after more than an hour.

Bonucci gave Germany goalkeeper Manuel Neuer no chance 13 minutes later with a well-placed penalty as Italy, who eliminated holders Spain in the last 16, refused to buckle and sent the game into extra-time and a penalty shootout.