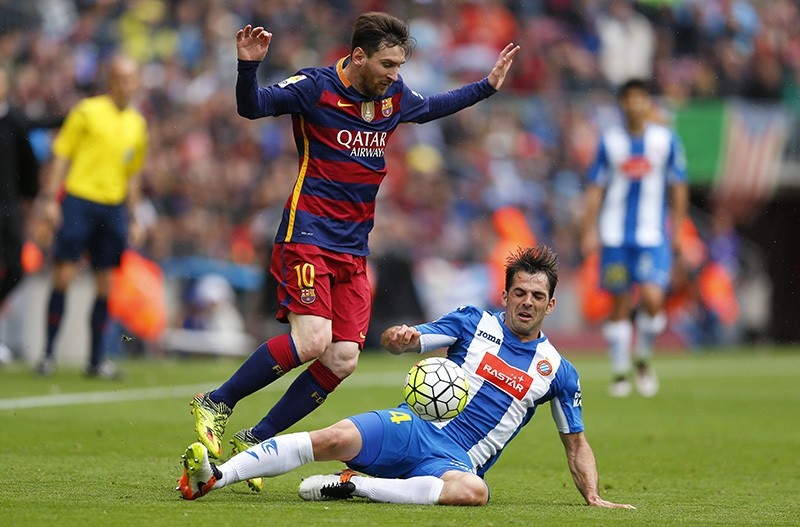 FC Barcelona's Lionel Messi, left, duels for the ball against Espanyol's Victor Sanchez during a Spanish La Liga soccer match between FC Barcelona and Espanyol at the Camp Nou stadium in Barcelona, Spain, Sunday, May 8, 2016. (AP Photo)
by Associated Press Jul 04, 2016 12:00 am

The European Commission has ordered seven Spanish football clubs including Barcelona and Real Madrid to give back to the government a total of around 70 million euros ($78 million).

The commission says the state funding gave them an unfair advantage over other clubs, and breached EU rules.

The commission adds on Monday that Spanish authorities must recover the money from Barcelona, Madrid, Valencia, Athletic Bilbao, Osasuna, Elche, and Hercules.

It says Madrid, Barcelona, Athletic Bilbao and Osasuna must return up to 5 million euros each because they received unfair tax breaks. The Spanish treasury will decide the exact amount.

Madrid must also return 18.4 million euros for an overvalued land deal involving its training ground in 1998.

Valencia, Hercules, and Elche must repay pay 30 million euros between them for state loans they were granted.