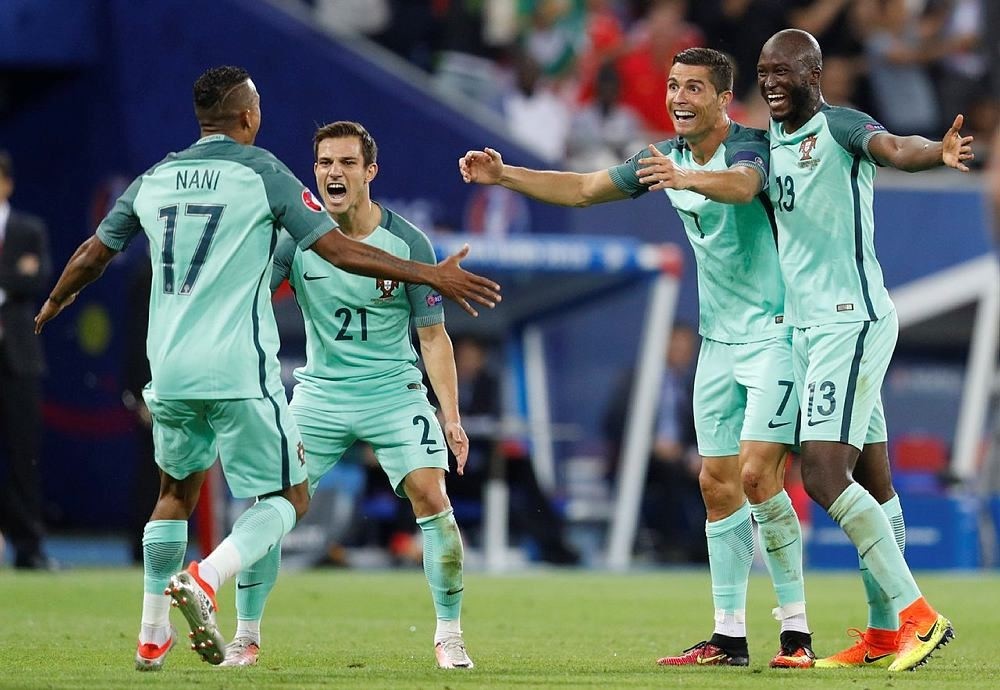 Portugal's Nani celebrates with Cristiano Ronaldo after scoring their second goal (Reuters Photo)
by Daily Sabah with AFP Jul 06, 2016 12:00 am

Portugal defeated Wales 2-0 late Wednesday to become the first finalists to reach the Euro 2016 finals that will be played on Sunday.

Their rival will be the winner of Germany-France semi-final match.

The first Euro 2016 semi-final between Portugal and Wales in Lyon had remained goalless at half-time after an opening 45 minutes of few chances.

In the 50th minute of the match, Portugal's superstar Christiano Ronaldo scored and brought the score to 1-0. Just after three minutes, Luis Nani scored and took his team 2-0 ahead of Wales.

That was the only attempt on target in the first half though, with Cristiano Ronaldo and Portugal keeping quiet at the other end.