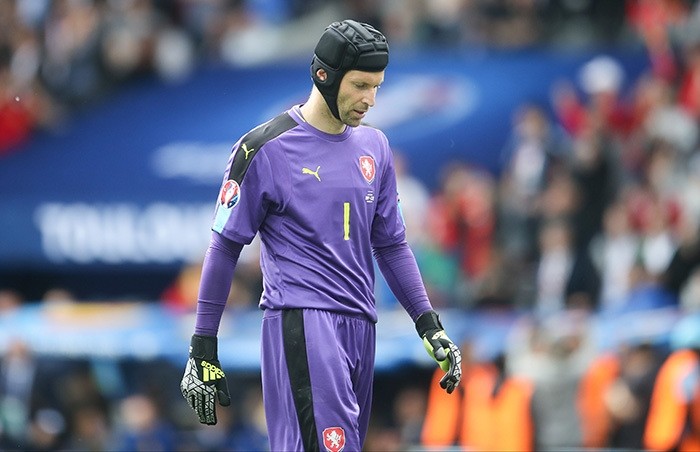 In this Monday, June 13, 2016 file photo, Czech Republic's goalkeeper Petr Cech reacts after Spain scored a goal during the Euro 2016 Group D soccer match between Spain and the Czech Republic at the Stadium municipal in Toulouse, France. (AP Photo)
by Associated Press Jul 08, 2016 12:00 am

The 34-year-old Cech announced his decision on Friday, saying he wants to fully focus on his Arsenal club.

From his Czech debut in 2002, a 2-0 victory over Hungary, Cech became a mainstay in the team, and making a record 124 appearances.

His last match in the national jersey was a 2-0 loss to Turkey in the final group-stage game at the European Championship in France on June 21.

The highlight of his international career came at Euro 2004, when the Czechs reached the semifinals. He helped the team qualify for every continental championship since, and played in the 2006 World Cup in Germany.