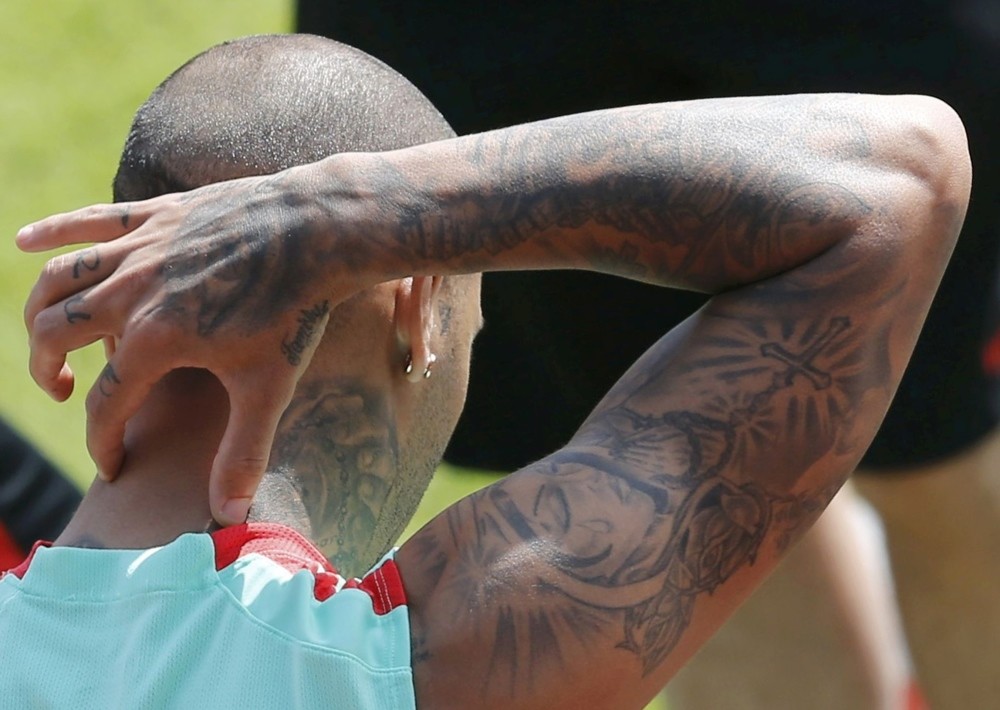 Tatoos on Portugalu2019s player Ricardo Quaresmau2019s arm.
by French Press Agency - AFP Jul 11, 2016 12:00 am
Ricardo Quaresma's eye-catching teardrop tattoo could do wonders for the burgeoning body art business. The Portuguese star has never explained why he has two drops under his right eye - a tattoo which in gangland culture can mean someone has been killed. But he is not alone at Euro 2016 in covering himself in art, often very personal statements. Playing against Quaresma, France striker Olivier Giroud has a biblical quote, "The Lord is My Shepherd I Shall Not Want," written in Latin on his left shoulder.

Hotshot goalscorer Antoine Griezmann has an etching of Jesus Christ on his right shoulder. He also has the letters FAME inscribed, but nobody knows whether Griezmann means this as initials or as a declaration. Other Euro 2016 stars prefer more tribal, especially Maori designs, while some tattoos indicate a player's personality. Swedish ace Zlatan Ibrahimovic has a red dragon next to some playing cards and the slogan: "Only God can judge me."