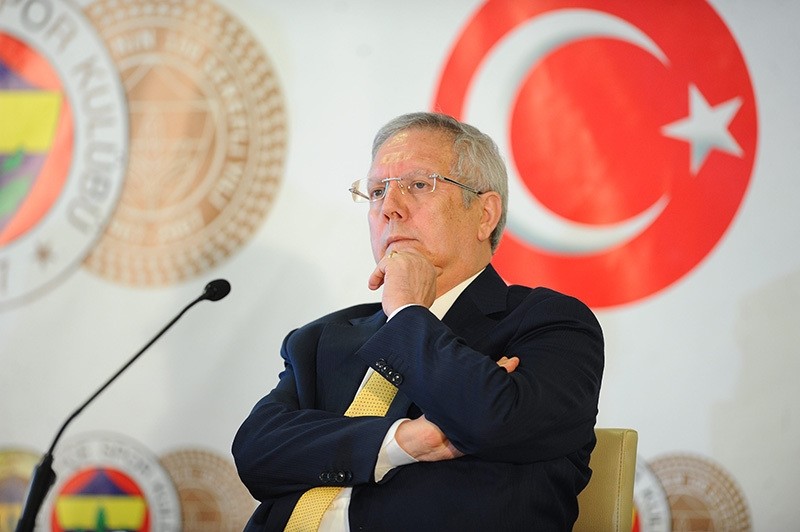 The failed July 15 military coup attempt was predicted by Fenerbahçe President Aziz Yıldırım in 2015. Fenerbahçe sports club shared a video on their Twitter account that shows Aziz Yıldırım speaking on Habertürk TV last year. Yıldırım, who slammed prosecutors linked to the Gülen Movement, claiming they fabricated the match-fixing allegations against him in July 3, 2011, said in the program, "There was a civil coup happening in Turkey. Most people were not still aware of it! The parallel state (The Gülen Movement) was going to stage a coup. That's it! Why are they escaping if they are not guilty? If you're guilty you don't need to escape. They are escaping because they are guilty.

"The issue is not about Aziz Yıldırım himself. [Addressing the moderator Faik Çetiner] When a coup happens in Turkey, maybe they will arrest you too. Whatever happens in a military coup, same happens in a civil coup. Maybe you will be jailed too. The match-fixing allegations were an operation staged by a group who want to take over the country. Only the president fought against it. Mehmet Berk [one of the judges who was assigned to the match-fixing case] said it to my face. He said to me that if Fenerbahçe had not had the title in the 2011 season, we would not have carried out such an operation."

The match-fixing trial was the culmination of an investigation by prosecutor Zekeriya Öz. Öz, allegedly linked to the Gülen Movement, which is accused of attempting to overthrow the government, remains at large after an investigation into the movement led to the issuing of arrest warrants for Öz and another prosecutor. Both prosecutors were involved in a probe and sought to imprison top government officials purportedly under the guise of an anti-graft inquiry in 2013.