Fener to square off with Monaco, minus key players, coach 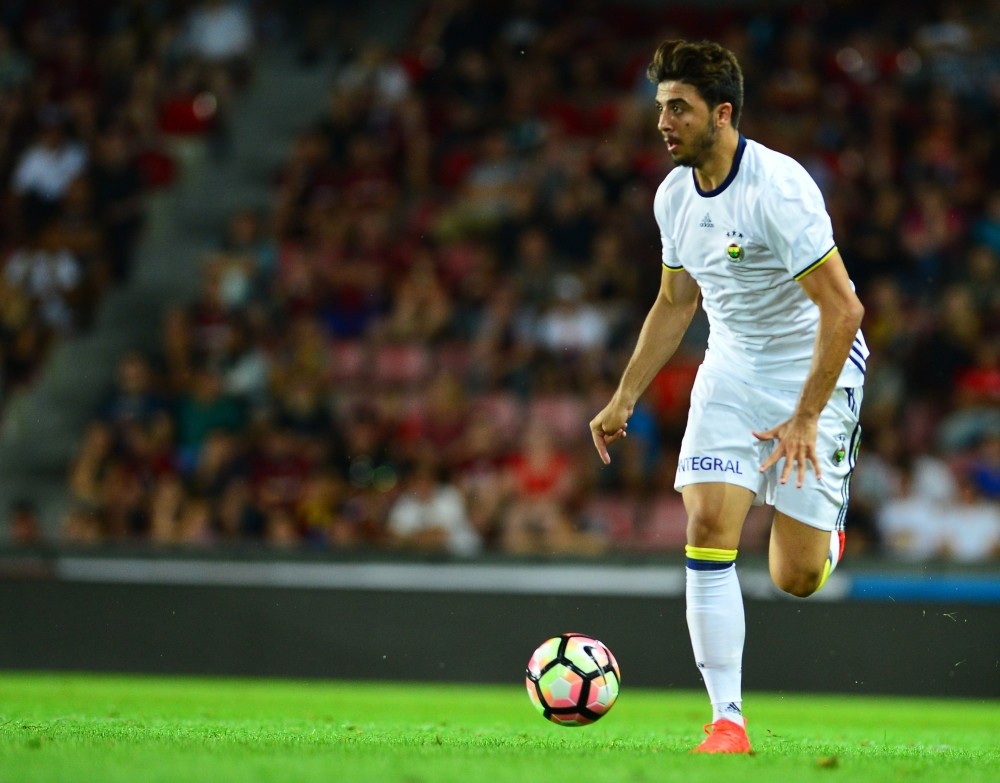 In a UEFA Champions League third qualifying round game, Istanbul's Fenerbahçe will welcome Monaco tonight at its Ülker Arena stadium with a less-than-stellar lineup and without its Portuguese coach Vitor Pereira, banned by UEFA for his argument with a referee in a previous international match. The Yellow Canaries will be without Dutch forward Robin Van Persie, Goalkeeper Volkan Demirel, İsmail Köybaşı and several other key players may also miss the match either due to injuries or suspensions from previous games but the match might be a showcase for the team's new internationals Martin Skrtel and Gregory van der Wiel.

It is the first official match for Fenerbahçe of the 2016-2017 season as the domestic leagues remain on holiday and the team looks to keep its points high against Monaco, which, despite a poor streak in international competitions, stay strong in France's Ligue 1. Fener itself came off strong from the Super League season, securing the second spot but will have to count on defeating Monaco to make it to the play-offs as one of the few teams in international tournaments. Two teams will meet for a rematch in France on Aug. 3 but the first match in Istanbul will also be the first real challenge for Fenerbahçe, who wrapped up their domestic league run with a 1-0 defeat to main rival Galatasaray in May in the Ziraat Türkiye Cup final.

The team will likely feel the absence of Vitor Pereira as the hot-headed veteran coach was sent off in the Fenerbahçe-Braga UEFA Europa League match last season after he argued with the referees over what the Yellow Canaries called "unjust" decisions during the match.

Speaking yesterday at a press conference in Istanbul with Fener's Danish center back Simon Kjaer, Pereira said his team "suffer from an unusual training schedule" due to injuries and said the entire lineup was together for training for only two weeks. Pereira was tight-lipped on the possible lineup except the absence of Van Persie. He said they have "too many new players and too little time to prepare" and hoped to win over the fans with a victory against Monaco. He also praised Monaco's defense and said ball possession would be the key for a win. He said the team might not be able to get "up to speed" and their primary aim was to not concede any goals in the first match against Monaco. Kjaer said they will defend well against Monaco. Answering a question on Monaco's Colombian striker Radamel Falcao, the team captain said though Falcao is "a great striker," but he is not in the form he used to be in and said he was looking forward to facing him in the match. Fenerbahçe, banned from the 2014-2015 Champions League season over match-fixing allegations, were beaten in the third-qualifying round of the Champions League by Shakhtar Donetsk last year.

Security measures have been elevated for the match after July 15 coup attempt. Youth and Sports Minister Akif Çağatay Kılıç told Reuters on Monday that Monaco demanded some extra security measures and they took them to "make sure that their safety has the utmost guarantee." The minister also said they would react negatively to a potential Monaco demand to postpone the game, adding France hosted the Euro 2016 tournament despite a state of emergency following a spate of DAESH attacks.
RELATED TOPICS