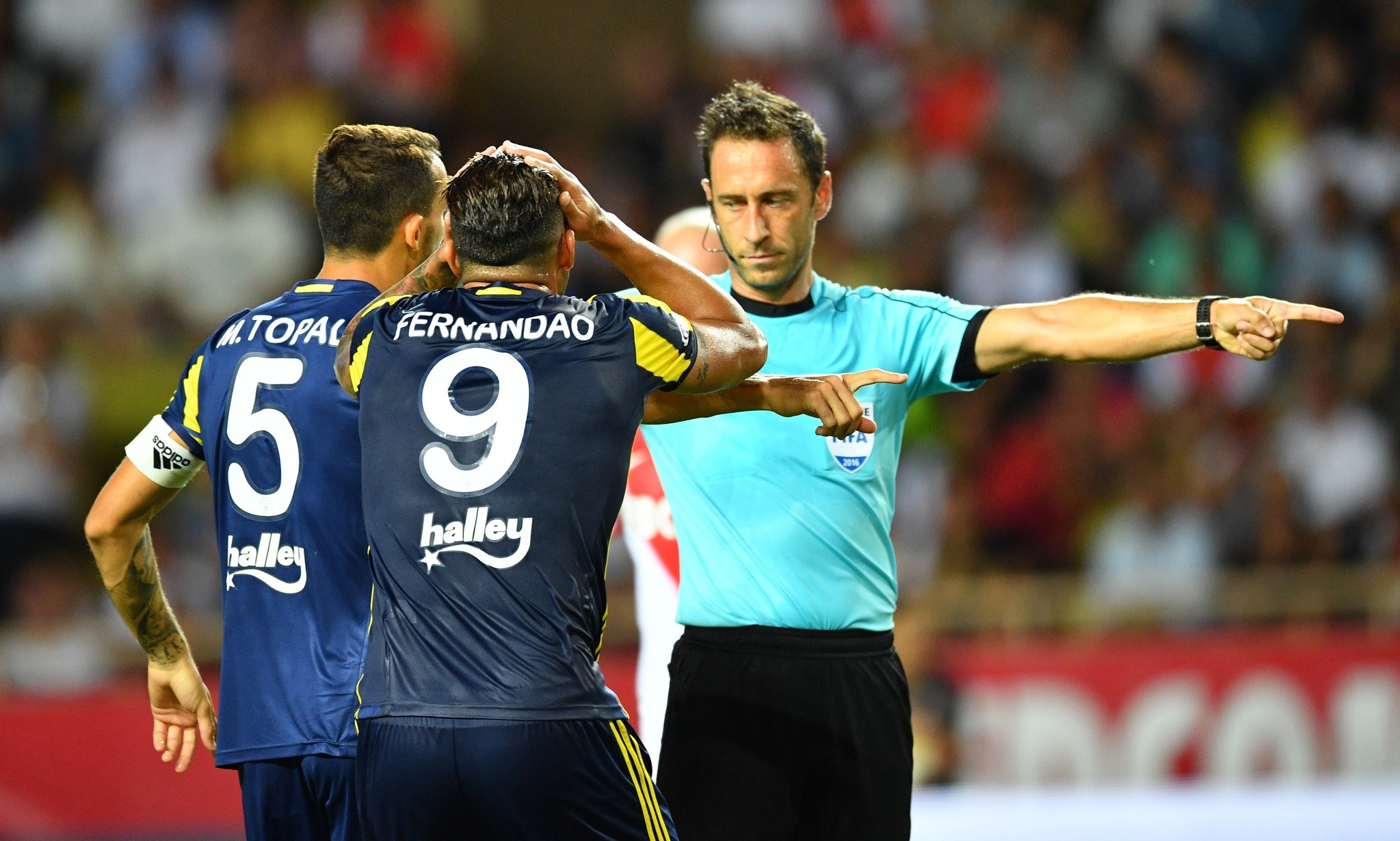 Monaco played host to Turkish giants Fenerbahçe at the Stade Louis II in the UEFA Champions League third qualifying round on Wednesday, with a 3-1 victory as the Turkish giant bid farewell to the prestigious competition.

Radamel Falcao of Monaco scored before coming off injured, securing a place in the play-offs for his team while Celtic also advanced to the play-offs in dramatic fashion against Astana.

Monaco looked to overturn a 2-1 deficit from the first leg and they wasted little time in opening the scoring before going to win 3-1 on the night and progress to the play-offs.

With Fenerbahçe out, Beşiktal remains the only Turkish contender in the league.

Falcao, wearing the captain's armband, played in strike partner Valere Germain and his shot beat goalkeeper Ertuğrul Taşkıran low at his near post to give Monaco a third-minute lead.

The hosts then won a penalty when Nabil Dirar was brought down by Hasan Ali Kaldırım and Falcao -- who had scored in the first leg -- sent the 'keeper the wrong way from the spot to make it 2-0 in the 18th minute.

However, the Colombian then came off with a hamstring injury just before the interval and Fenerbahce fought back after the break.

Nigerian striker Emmanuel Emenike, scorer of a brace in the first leg, hit the bar before squaring the tie on aggregate in the 53rd minute when he turned in Martin Skrtel's low cross from six yards with the home defence appealing for offside.

Nevertheless Monaco were not to be denied and Dirar set up Germain to lash in and take Leonardo Jardim's men through 4-3 on aggregate.

In Glasgow, Scottish champions Celtic were grateful to young French striker Moussa Dembele as he came off the bench to score a last-minute penalty that gave them a 2-1 victory on the night and took them through 3-2 on aggregate.

Brendan Rodgers' side, who suffered an embarrassing defeat to Lincoln Red Imps of Gibraltar in the previous round before going through on aggregate, had the edge in the tie after a 1-1 draw in Kazakhstan last week.

Leigh Griffiths scored Celtic's goal in the first leg and he put them ahead at Parkhead with a penalty on the stroke of half-time.

Astana, who appeared in the group stage last season, levelled the tie courtesy of Agim Ibraimi just after the hour and extra time was on the cards until Igor Shitov was sent off for conceding a last-gasp penalty that Dembele converted for the winner.

Celtic will now be seeded for the play-off round and could come up against Croatian champions Dinamo Zagreb, Ludogorets Razgrad of Bulgaria, FC Copenhagen, Hapoel Beer-Sheva of Israel or Irish surprise package Dundalk.

Possible opponents for Monaco in the play-offs are Manchester City, Porto, Villarreal, Borussia Moenchengladbach and Ajax.

The Dutch former European champions came from behind to beat PAOK 2-1 in Greece and go through 3-2 on aggregate.

In other games, Ukraine's Shakhtar Donetsk lost on penalties to Young Boys in Switzerland after the hosts won 2-0 on the night with a Yuya Kubo brace to level the tie on aggregate.

Greek champions Olympiakos are also out, losing 1-0 to Hapoel Beer-Sheva in Israel after a goalless first leg, Shir Tzedek scoring the decisive goal.

FC Copenhagen, Steaua Bucharest, Salzburg and Legia Warsaw progressed, as did Rostov, the Russians winning 2-0 away to Anderlecht to advance 4-2 on aggregate.