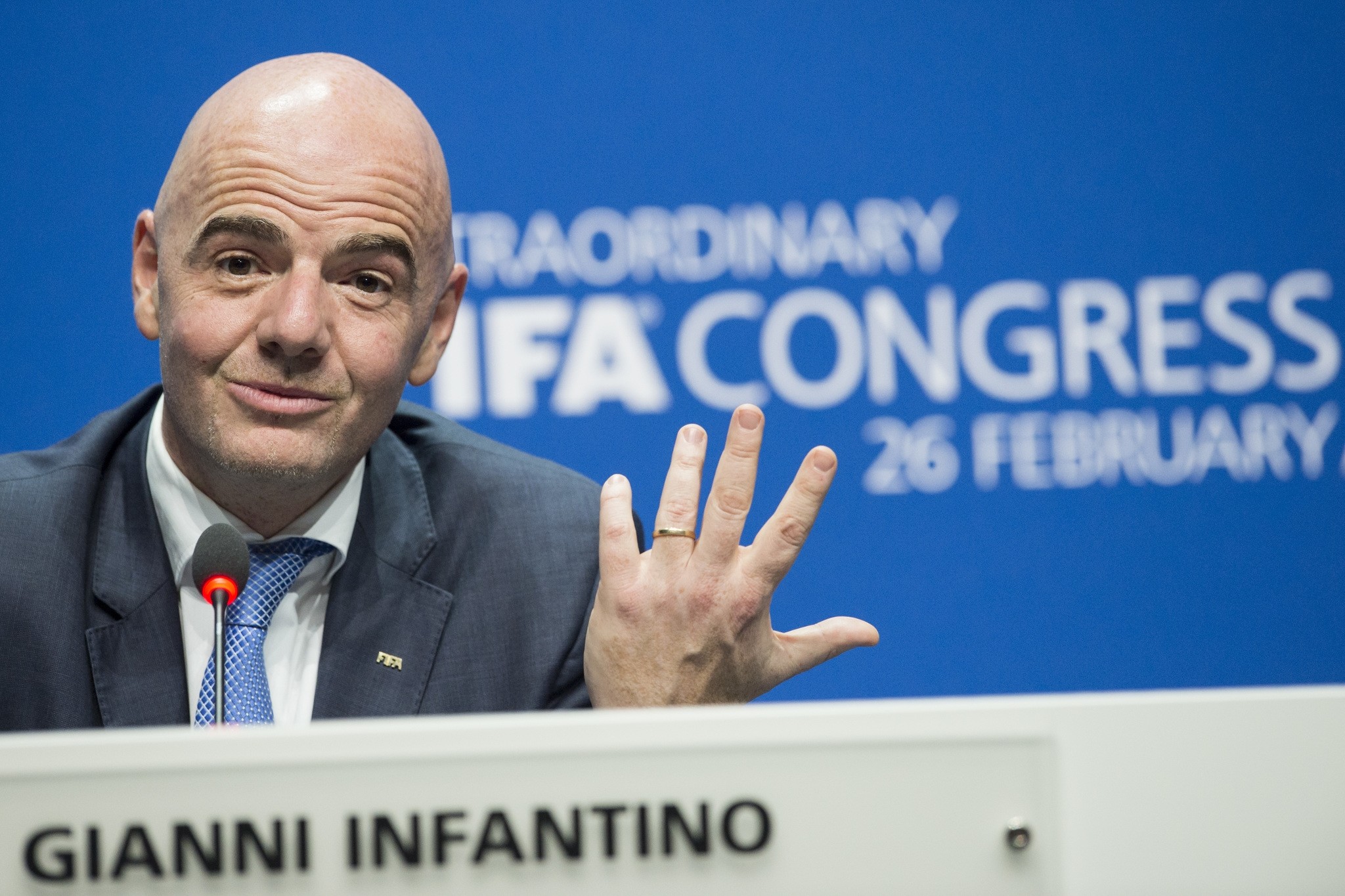 In this Feb. 26, 2016 file photo Swiss Gianni Infantino, then new FIFA President, smiles during the press conference after being elected, at the Extraordinary FIFA Congress 2016 in Zurich, Switzerland. (AP Photo)
by reuters
Aug 05, 2016 12:00 am

FIFA President Gianni Infantino, elected in February to lead the global soccer body into calmer waters after a series of corruption scandals, was himself been cleared of possible ethics violations on Friday.

"It was found that no violation of the FIFA Code of Ethics (FCE) had been committed by Mr Infantino," the ethics committee said in a statement.

It said investigations were carried out "diligently over several weeks" and included "a large number of interviews with witnesses and Mr Infantino himself."

German media have been reporting for several weeks that Infantino, whose predecessor Sepp Blatter has been banned for six years for ethics violations, was under investigation

FIFA has been in turmoil after a wave of indictments of football officials in the United States last year, including former members of its executive committee, on corruption-related charges.

The football body has also been forced to investigate controversies surrounding the awarding of its showpiece, the World Cup finals, especially the decision to grant the 2018 tournament to Russia and the 2022 finals to Qatar.

Blatter was banned by FIFA's own ethics committee along with former European soccer boss Michel Platini, who is serving a four-year suspension.