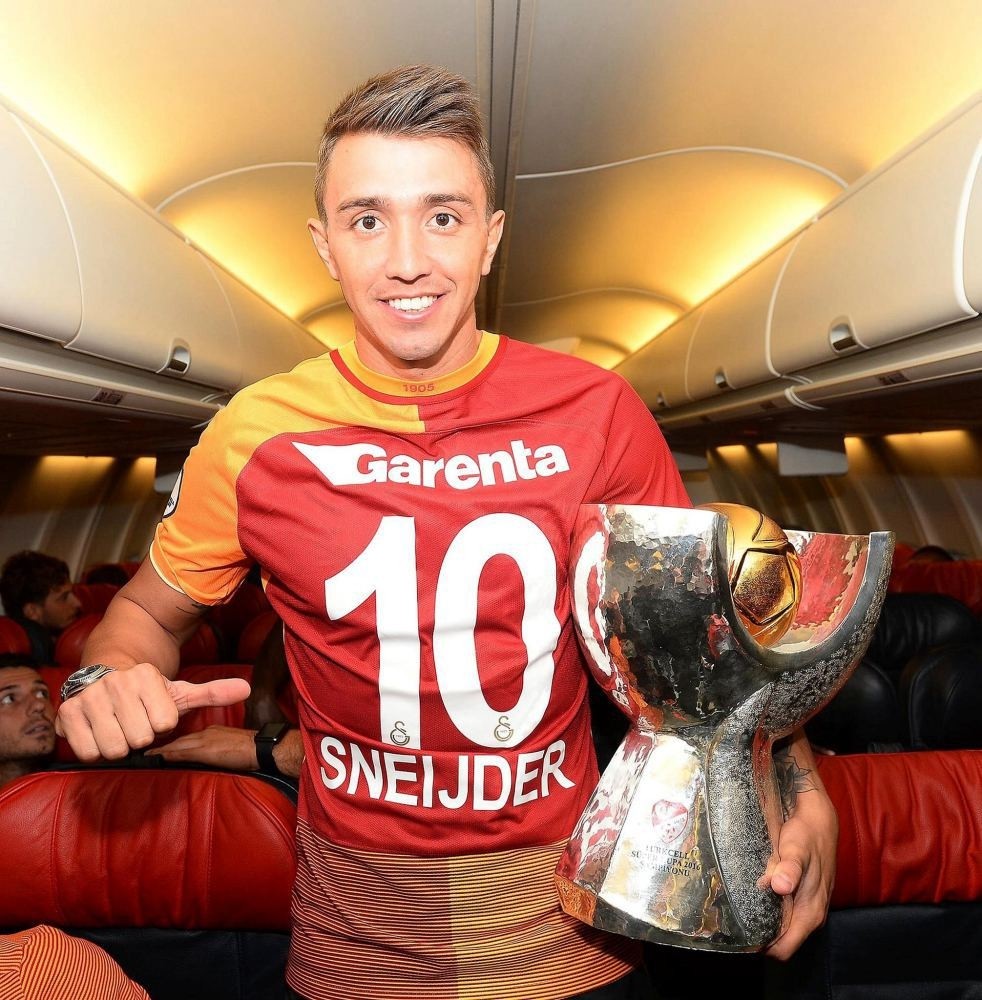 by Hakan Baş Aug 15, 2016 12:00 am
Galatasaray beat Beşiktaş 3-0 in a penalty shoot-out Saturday after a 1-1 draw, to add another Turkish Super Cup to their collection. Galatasaray's Uruguayan goalie Fernando Muslera added a new cup to the rich collection he has amassed during his career in Turkey. Muslera, who has been one of Galatasaray's best players over the last few years, played the biggest role in winning the Super Cup thanks to his two extraordinary saves during the penalty shootout. "I'm incredibly happy. We win cups when we get support from our fans. When we are in unity we win cups. What's important is to unite as a whole. As long as our fans support us, we will definitely win them a cup every year."

The match in Konya saw the two Istanbul giants open the season in a battle for one of Turkey's most prestigious cups. Beşiktaş, winners of the 2015-2016 league campaign, began the match by testing their arch-rivals' defense on several occasions. The team found numerous opportunities to go in front but Galatasaray's Uruguayan goalkeeper, Fernando Muslera, had other ideas, leading to a scoreless first half. The other side of half time began as Beşiktaş kept up the attack on Galatasaray's goal, with forward Cenk Tosun missing a clear chance on goal in the 54th minute. But with an unlucky Beşiktaş side missing chances, the Turkish Cup winners also failed to seize their opportunities to take the lead. In the 72nd minute, Galatasaray's flamboyant left winger Armindo Bruma dribbled past defenders but his cross was caught and held by goalkeeper Tolga Zengin. Beşiktaş, again in the 88th and 90th minutes, were unable to convert chances, ending regular time with a goal. In extra time, thanks to a classy cross from Wesley Sneijder, defender Hakan Balta made the most of his opportunity to shine for Galatasaray with a header in the 100th minute.

It was all Galatasaray needed but they were unable to hold onto the lead when in the 107th minute, defender Aurelien Chedjou scored the equalizer with an own goal. In the penalty shootout, Galatasaray successfully converted three straight kicks, while Beşiktaş fell short on each try. With the victory, Galatasaray secured their fifth Turkish Super Cup in the team's last seven occasions. The Lions also have bagged 10 of the last 15 local cups in Turkey.
RELATED TOPICS