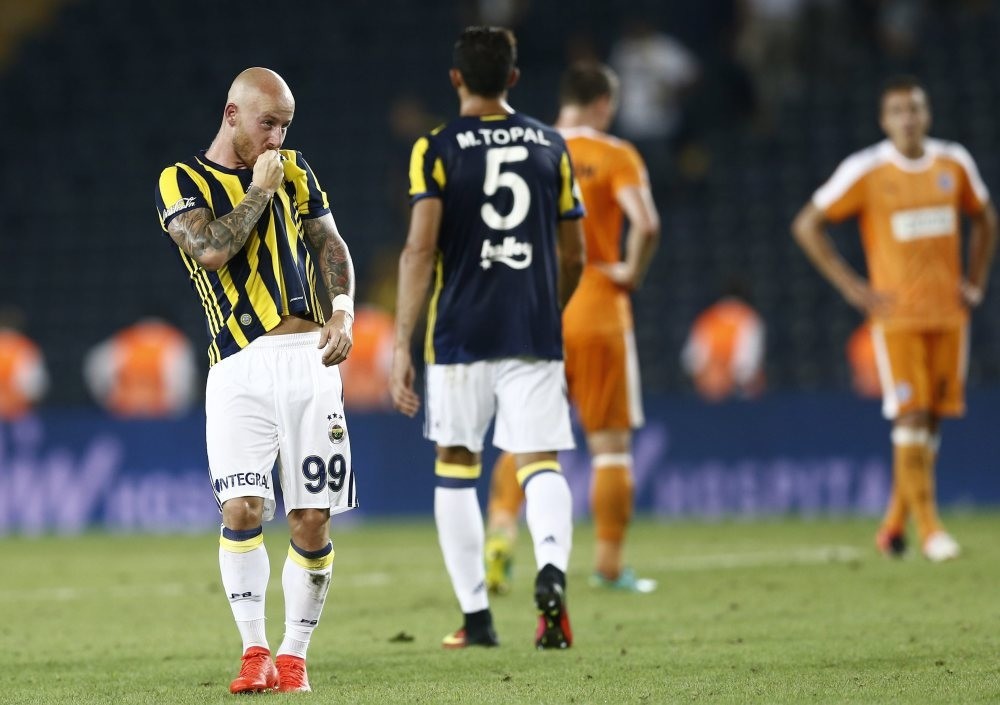 Dick Advocaat made a winning start as Fenerbahçe boss, but the UEFA Europa League play-off first legs did not go all the way of the bigger names

Dutch old-timer Dick Advocaat may realize Fenerbahçe fans' long-time thirst for success in Europe with the Yellow Canaries having secured a 3-0 victory against Swiss rivals Grasshoppers on Thursday. Advocaat got off to a dream start as Fenerbahçe coach, as the UEFA Europa League play-off first legs were completed.

The Dutchman had little time to prepare, but his team still swept the visiting Grasshoppers aside with an early goal from Aatif Chahechouhe and two in the second half by Miroslav Stoch.

Advocaat said after the match: "I'm not satisfied with the football we played in the first half. However, we were very good in the second half. We are playing at a 60 percent capacity. We will be much better. We may need one or two more players to strengthen our squad. We have deficiencies in the midfield. However our defending players played very well. After Robin van Persie and Stoch came onto the field, we began to see the difference in terms of attacking capabilities. Stoch did a wonderful job. He can score goals like this."

Elsewhere, Shakhtar Donetsk, surprisingly knocked out of the Champions League qualifiers in the third round, celebrated captain Dario Srna's 500th appearance for the club with a 2-1 victory at Başakşehir.

West Ham conceded a late equaliser in a 1-1 draw away to Romanian champions Astra Giurgiu to leave their Europa League play-off tie evenly poised. Slaven Bilic's team will hope to avoid a second successive exit at the hands of Astra in next Thursday's return leg at the London Stadium, having lost to the Romanian side in last year's third qualifying round.

Sassuolo, who qualified at the expense of AC Milan, were promoted to Serie A for the first time three years ago and are making their European debut this season.

Representing a town with a population of only 40,000, they went ahead when 22-year-old Domenico Berardi turned the ball into an open goal after Matteo Politano's shot hit both posts.

Politano scored the second before halftime after a one-two with Berardi and Gregoire Defrel volleyed the third in the 69th minute for Sassuolo who could easily have doubled their tally against Serbians Red Star who won the European Cup in 1991.