Fenerbahçe and Advocaat passed first test, but this weekend will be harder 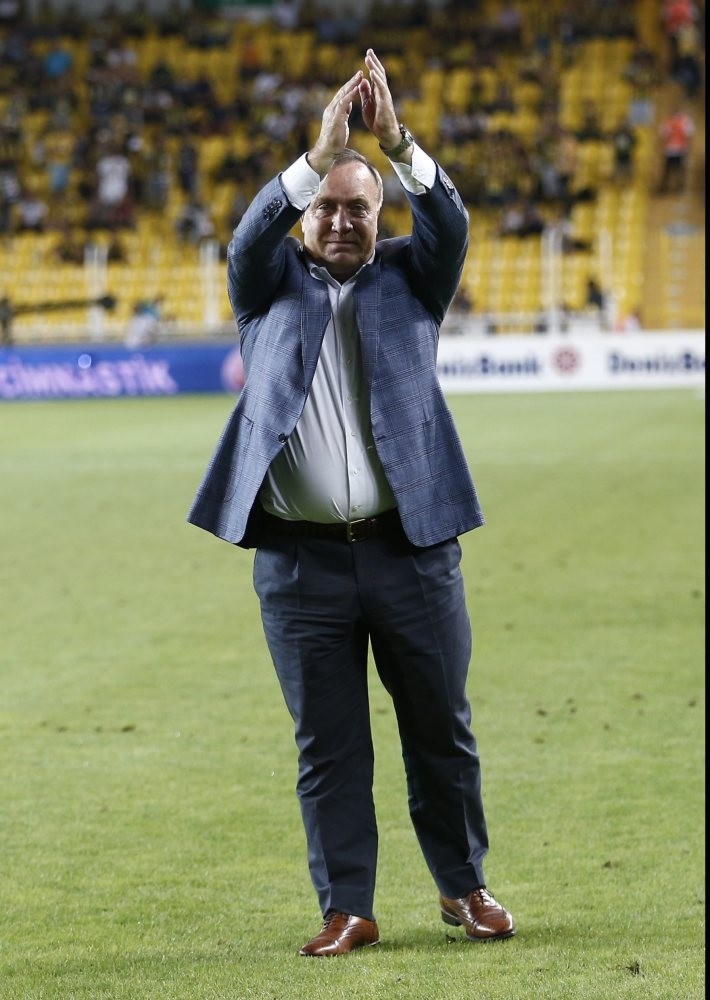 by Arda Alan Işık Aug 20, 2016 12:00 am
After a disappointing elimination from the Champions League, Fenerbahçe have set their eyes on the Europa League trophy. Given the team's deep squad and the expectations from ex-coach Vitor Pereira, the Europa League was not the place they wanted to find themselves at the beginning of the season. Nevertheless, Fenerbahçe easily prevailed against Swiss side Grasshoppers, who were clearly weaker than them, in the last qualifiers before the group stage. Of course, seeing as Dick Advocaat(above) had only spent one and a half days with the club before the game, we may consider this victory as Vitor Pereira's. Nonetheless, as Fenerbahçe start the season against one of the most dangerous teams in Turkey, Başakşehirspor, another crucial and obviously harder challenge awaits Advocaat and his team.

Firstly, the only difference I observed in the game when compared to Pereira's era was that Advocaat chose to be much more cautious about defending. A lot of columnists in Turkey wrote how Advocaat changed the formation and how well it affected the overall system but in reality there wasn't the time to achieve such a thing. Thus, basically the Dutch coach positioned his defense back in their own half and did not allow his central defenders Martin Skrtel and Roman Neustadter to cross halfway line, other than for corner kicks. Plus, Mehmet Topal and Ozan Tufan, two defensive midfielders in front of the central defenders, did not leave their zone, with some exceptions.

However, while Advocaat's decision created a strict defensive line to face Grasshoppers' attacking waves, the funny truth was that Grasshoppers had no intention of attacking at all. The visiting side merely defended, in other words, tried to defend against a defensive Fenerbahçe and then braved offensive waves. Therefore, after an half an hour passed in the game, Fenerbahçe decided to take the initiative and pressed their opponent in their penalty box at the end of the first half. It was evident in the game that Fenerbahçe shaped their offense and defense according to their opponent's decisions, not by their own game.

Fenerbahçe have incredible potential with their squad, and young promising talents like Salih Uçan and Ozan Tufan play critical playmaking roles in this squad full of famous players. Even though Fenerbahçe had no specific set-piece or tactic to open up Grasshoppers' defense, these two players were able to do the job for their coach with their creative power. If Dick Advocaat wants to build a dominant, offensive game plan, Uçan and Tufan are the best options to realize it.

But for the short period of time, approximately until the end of September, I do not expect Fenerbahçe to play a serious and sophisticated game, such a demand would be irrational and inconsistent with my football philosophy. They need time, but it is incredibly important how they use this time. Are they going to just survive the day? Or will Dick Advocaat build a strong team by risking the near future? This weekend they will face Başakşehirspor, one of the most challenging and settled teams in Turkey, and I expect Advocaat to be in same conservative mood given the danger posed by their opponent. But he should always remember that Fenerbahçe are expected to win every game they play in Turkey, so this time taking the initiative will not be easy as it was in the Europa League qualifiers.
RELATED TOPICS