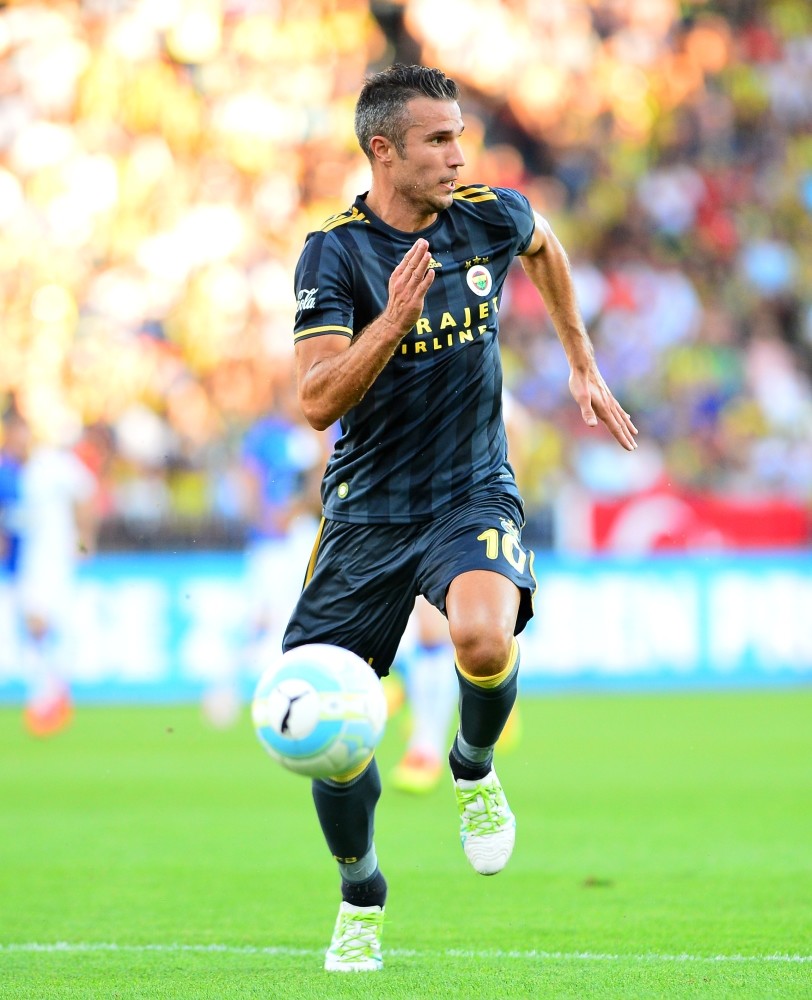 by French Press Agency - AFP Aug 27, 2016 12:00 am
Manchester United will come up against their former striker Robin van Persie after being placed in the same group as the Dutchman's current club Fenerbahçe in Friday's draw for the group stage of the Europa League. Jose Mourinho's side will also come up against Dutch giants Feyenoord and Zorya Luhansk of Ukraine in Group A. Second in the Turkish league last season to Istanbul rivals Beşiktaş, Fenerbahçe were eliminated from the Champions League by Monaco in the third qualifying round.

They have since sacked coach Vitor Pereira and replaced him with veteran Dutchman Dick Advocaat, whose squad includes Van Persie and ex-Liverpool defender Martin Skrtel. United can also look forward to coming up against Van Persie's hometown team and first club Feyenoord. The 1970 European Cup winners and twice winners of the UEFA Cup finished third in the Dutch top flight last season and also won the Dutch Cup.

Now coached by former Arsenal and Barcelona left-back Giovanni van Bronckhorst, the Rotterdam side are captained by Dirk Kuyt, formerly of Liverpool and Fenerbahçe. United have faced both of these sides in the Champions League in the past, but the Ukrainians are a new proposition as they feature at this stage of European competition for the first time. The other English Premier League representative, Southampton, were given a tough draw in Group K along with Italian giants Inter Milan, Sparta Prague of the Czech Republic and Hapoel Beer-Sheva. The Israeli champions were eliminated from the Champions League play-offs by Celtic. Meanwhile, Irish champions Dundalk, knocked out of the Champions League play-offs by Legia Warsaw, will face former UEFA Cup winners Zenit St Petersburg, AZ Alkmaar of the Netherlands and Maccabi Tel Aviv of Israel in Group D.
RELATED TOPICS