For immigrants in US, a football world cup of their own 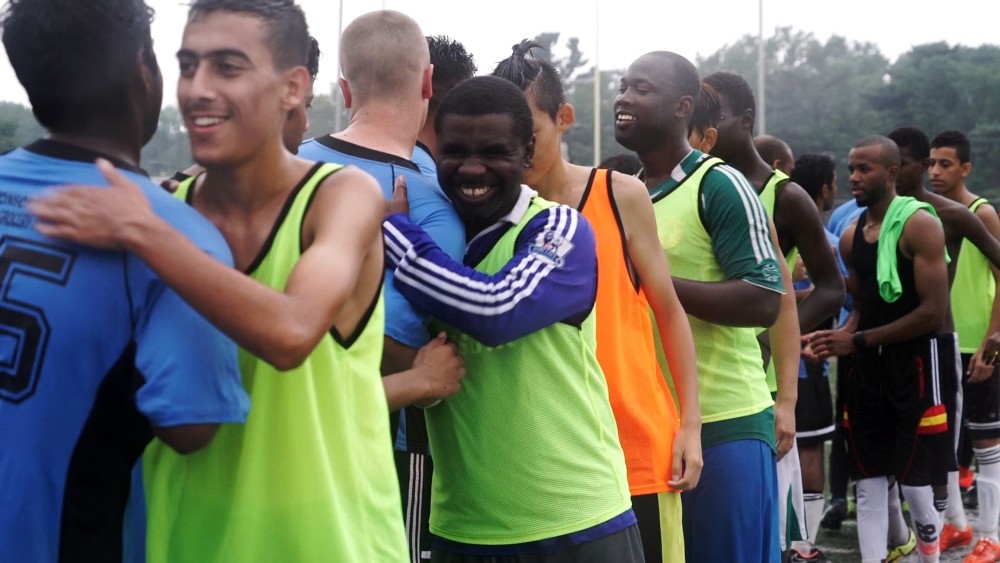 Members of Team Nigeria and Team India shake hands after a friendly soccer match.
by Associated Press Sep 10, 2016 12:00 am
During Bawitha Tling's tumultuous journey fleeing war and forced labor under Myanmar's dictatorship - first to a Malaysian refugee camp, and eventually to Philadelphia - one of the few constants in his life was football.

"We played every day in our country at school ... in recess time or after school," Tling said. "I came here, and play every day, every weekend. football is my favorite way to relax myself, to escape depression."

Tling, 18, now a business major at a community college, is one of around 800 players participating in a newly created football tournament for immigrants organized by the city of Philadelphia. The 32 teams represent countries from India to Ireland, Cambodia to Congo. In the months running up to the tournament, named the Unity Cup, they've been practicing several times a week and holding dozens of friendly matches. Interest in the inaugural event was strong. Within five days of opening registration, all the team slots were taken, with captains delivering commitment letters by hand to the city's Office of Immigrant Affairs. Philadelphia's foreign-born population has been booming, growing from barely 100,000 in 1990 to over 200,000 this year - about 13 percent of the population, according to a report by the Pew Charitable Trusts. Still, the city's professional football team, the Union, gets only a fraction of the attention showered on its football and baseball franchises.

The Unity Cup championship will be held Nov. 5 at Citizens Bank Park, home of Major League Baseball's Philadelphia Phillies, and city officials expect at least 5,000 people to attend. The winning team will receive a trophy modeled on the National Hockey League's Stanley Cup, with names of the victors engraved each year.
Last Update: Sep 10, 2016 1:13 am
RELATED TOPICS