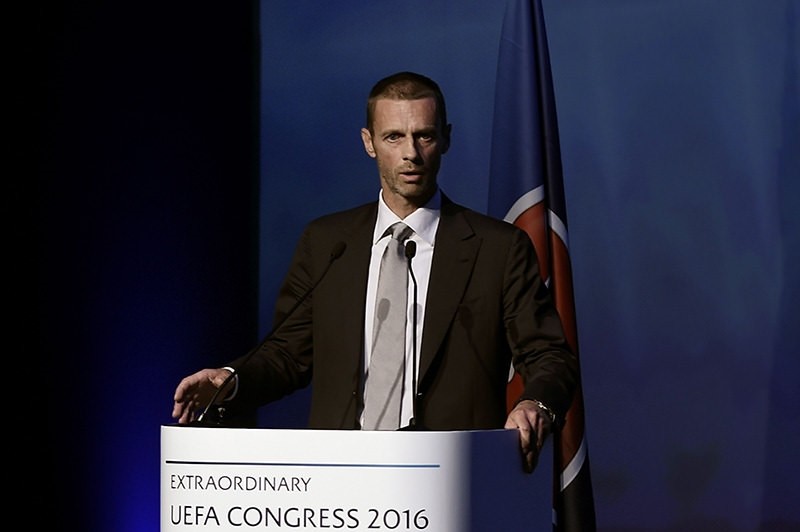 UEFA elected Aleksander Ceferin to succeed Michel Platini as president on Wednesday, replacing one of the greats of soccer with a largely unknown Slovenian lawyer to lead the European game.

The 48-year-old Ceferin will complete Platini's four-year presidential term through 2019, while the former France captain serves a four-term FIFA ban over an improper payment.

Ceferin, the head of the Slovenian federation, beat UEFA vice president Michael van Praag of the Netherlands 42-13 in the vote in Athens.

Ceferin's immediate challenge is to heal the rifts in European soccer created by the secret deal to increase guaranteed Champions League places for clubs from the powerful leagues of England, Spain, Germany, and Italy.

Ceferin is the seventh president in the 62-year history of UEFA.

"My small and beautiful Slovenia is very proud about, it and I hope one day you will also be very proud of me," Ceferin told UEFA delegates.

Ceferin, who has never served on UEFA's executive committee, tackled his apparent lack of preparedness for the presidency head on in his pre-vote address.

"Some people may have said that I am not a leader, that I am too young and too inexperienced to become the next UEFA president," said Ceferin, a father-of three from Ljubljana. "It's not because you repeat again and again, loud and clear 'I am a leader' that you are a leader. If you have to do it you are probably not a leader."

Ceferin said combining running a law firm in Slovenia with leading the country's soccer federation required him to be "creative, strong and inspiring."

"You can say that I am young and experienced but I honestly think it disrespectful for all small and medium-sized federations who, 365 days a year, have to do more with less," Ceferin said.

UEFA was forced to call the special election after Platini was banned by FIFA's ethics judge last year for taking a payment of 2 million Swiss francs ($2 million) from the global governing body in 2011.

Despite being banned from holding any position of power or involvement in soccer, Platini was allowed by FIFA's ethics judge to address UEFA delegates on Wednesday as a "gesture of humanity."

"Be assured that I have a clear conscience, that I'm convinced I did not make the slightest mistake, and that I'm continuing the legal battle," Platini told an audience which included FIFA President Gianni Infantino. "I want to thank everyone in this room who had the courage and loyalty to support me during the past months."

Emerging from his FIFA-enforced exile, Platini used the platform in Athens to highlight his achievements since assuming the UEFA presidency in 2007 and issue advice to the next head of European soccer.

"Continue to balance sports realities and economic interests," he said.