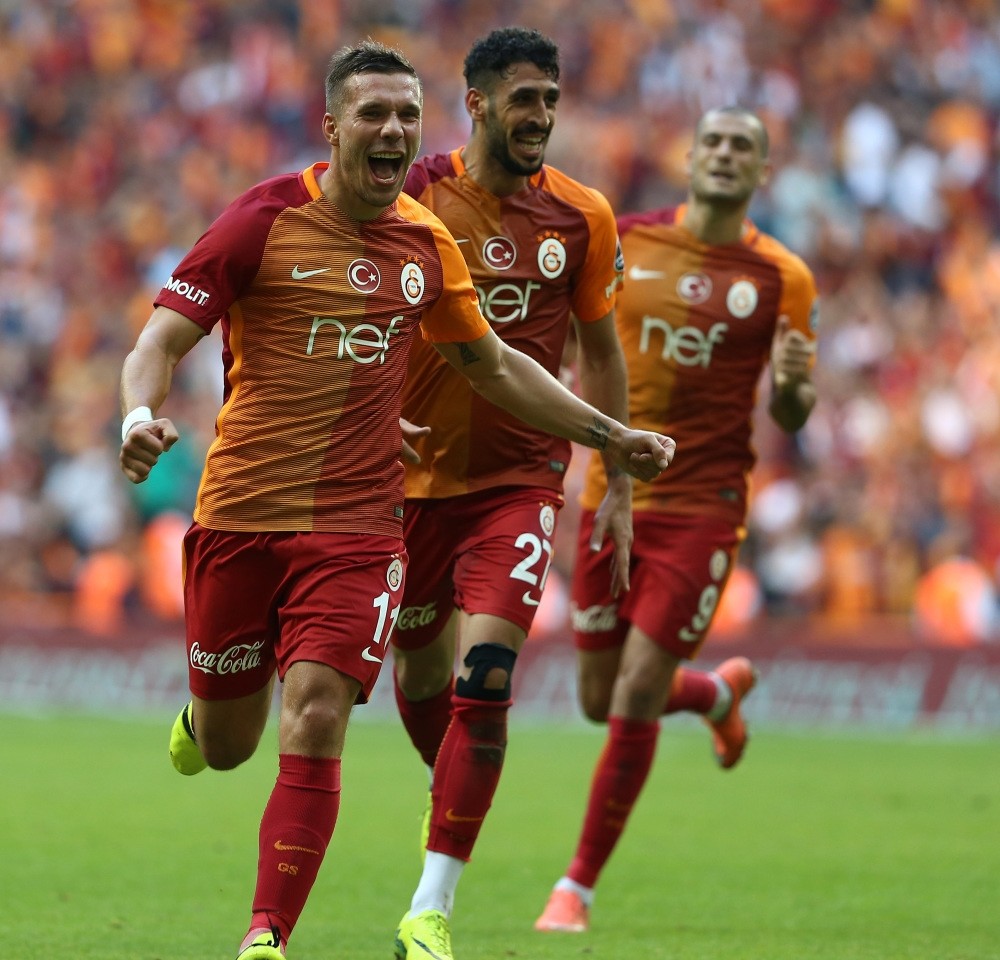 Galatasaray came back from 1-0 behind to win 3-1 against Antalyaspor.
by Hakan Baş Oct 04, 2016 12:00 am
Minnows Medipol Başakşehir stayed at the top of the Spor Toto Super League on Sunday as Beşiktaş edged Çaykur Rizespor with a last-minute goal, while Galatasaray beat Antalyaspor 3-1 in the sixth week of the Spor Toto Super League. After these results, the Super League's top three have not changed. However, the other powerhouses Fenerbahçe disappointed their fans one more time in a 1-1 draw with Osmanlıspor. The Yellow Canaries, who are ranked ninth with eight points, stay six points behind their city rivals Galatasaray and Beşiktaş and eight points behind leaders Başakşehir.

Title-holders Beşiktaş surpassed last year's performance, collecting 14 points in the first six weeks of the league. The Black Eagles collected 13 points in the same period of the league last year. Beşiktaş are also enjoying an unbeaten streak. Galatasaray came back from 1-0 behind to win 3-1 against Antalyaspor. Lukas Podolski, who played for the first time in 50 days, scored two goals and played an important role in the win.

Fenerbahçe are undulating this season, shining in the Europa League but performing poorly in the domestic league. As of the sixth week, they have been able to collect only eight points. They saved one point with Robin van Persie's goal against Osmanlıspor, who found the net early with a penalty kick. Turkish leagues will take a break this week due to national team matches. Turkey will take on Ukraine on Friday in a 2018 World Cup qualifying match and Iceland on Oct. 9.
RELATED TOPICS