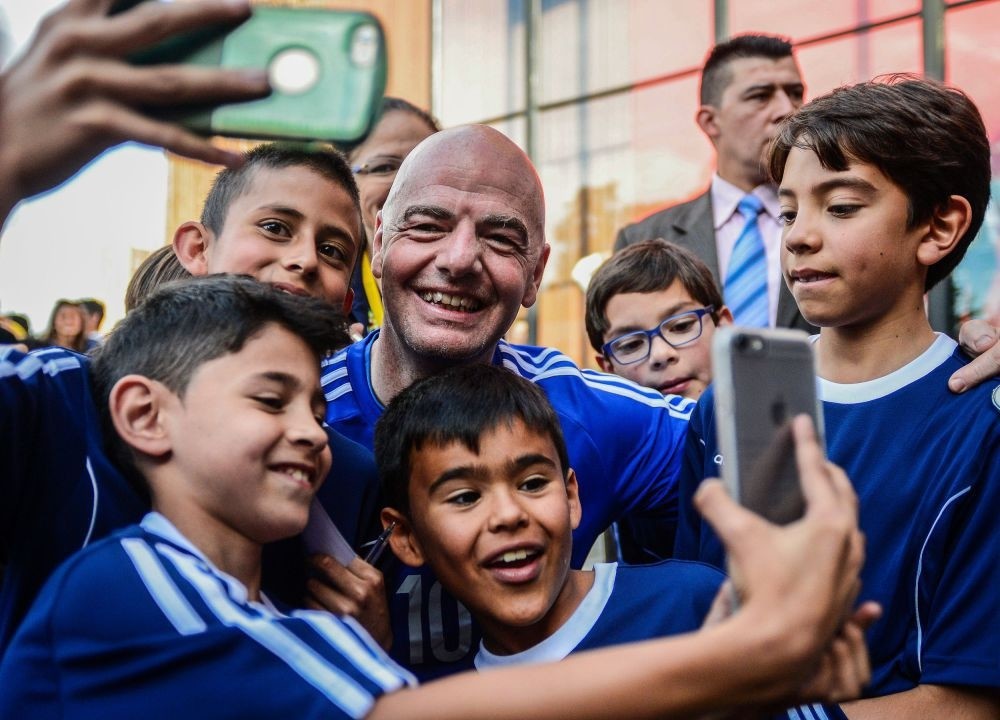 FIFA's President Gianni Infantino takes selfies during a friendly football match with former Colombian players and international football stars in Bogota.
by Associated Press Oct 05, 2016 12:00 am
World Cup expansion plans got even bigger Monday, and the 2026 tournament could have 48 teams playing instead of 32. FIFA President Gianni Infantino outlined the idea that would see 16 teams go home after playing just one game in a new opening playoff round.

The 16 playoff winners would join 16 seeded teams to begin a 32-team group stage that follows the current World Cup format. Expanding to 48 means "more countries and regions all over the world would be happy," Infantino said in a speech in Bogota, Colombia. Infantino's suggested format would create a tournament of 80 matches instead of the current 64 - driving up the price broadcasters would pay for rights to the world's most-watched sports event.

FIFA earned around $5 billion from the 2014 tournament in Brazil. The 2026 World Cup format and bidding process will begin to be discussed next week when Infantino chairs a FIFA Council meeting in Zurich. The United States, Canada and Mexico are potential bidders for a tournament that the North American soccer body CONCACAF believes it is overdue to host for the first time since the U.S. staged the World Cup in 1994.
RELATED TOPICS