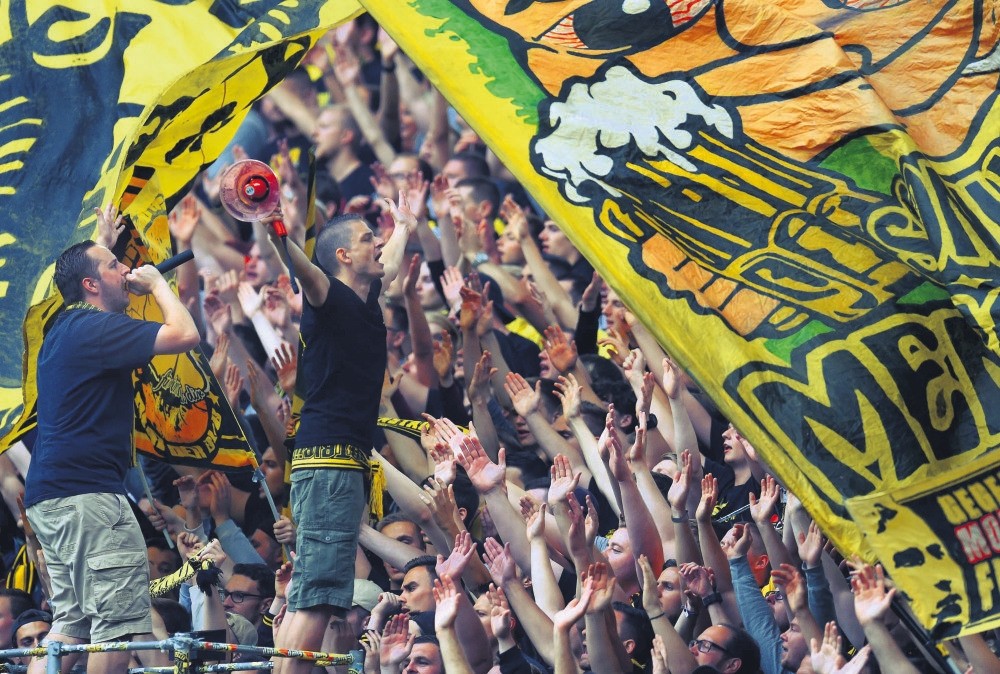 by Oct 06, 2016 12:00 am
It may have vast wealth and an enviable array of talent, but England's Premier League plays second fiddle to Germany's Bundesliga when it comes to drawing the crowds, figures show. The Bundesliga attracted an average of 42,685 fans per game in the 2014-2015 season, according to the figures compiled by Deloitte, the multinational consulting firm, placing it well ahead of the Premier League with 36,163 fans per match over the same season. The Bundesliga topped the European table of fan support with the Premier League next, followed by Spain's La Liga at a distant third. In Turkey, fans are staying away in droves, with an alarming drop in support for the game. Turkey's Super League clubs drew an average of 8,427 fans per game for a total of 2.5 million spectators in 2015-2016 and the trend has been downward ever since.

Billions in broadcasting revenue has flooded the coffers of English Premier League clubs allowing the likes of Manchester United and others to splash out in a total record of 1.165 billion pounds to attract big names ahead of this season. In overall terms, the Premier League is still number one in Europe with 13.7 million fans attending matches against 13 million for the German league. But the Premier League has 20 clubs playing 380 matches a season against 306 for the Bundesliga, with its 18 clubs. The disparity translates into significantly higher attendance per match in Germany.

For La Liga - still home to the world's biggest football stars, like Cristiano Ronaldo for Real Madrid and Lionel Messi for Barcelona - 9.8 million fans attended matches in the same season, at an average rate of 25,734. Last season, and for the first time in its history, Spanish football drew more than 10 million fans in testimony to the health of the game. The same cannot be said for France and Italy, both suffering declines in support for the sport. France's Ligue 1 clubs drew an average of 22,362 fans per game for a total of 8.5 million spectators in 2014-2015 and the trend has been downward ever since. The following season the figure dropped to 20,894 and despite a campaign following the successful hosting of Euro 2016 to attract more fans into the stadiums, attendance is still falling, down more than five percent this season with eight matches played. Rising ticket prices and security fears following a string of attacks by extremist groups in France are among factors keeping fans away.Italy's Serie A lagged in fifth place, with 8.2 million fans turning out at an average of 21,586 per match.
RELATED TOPICS