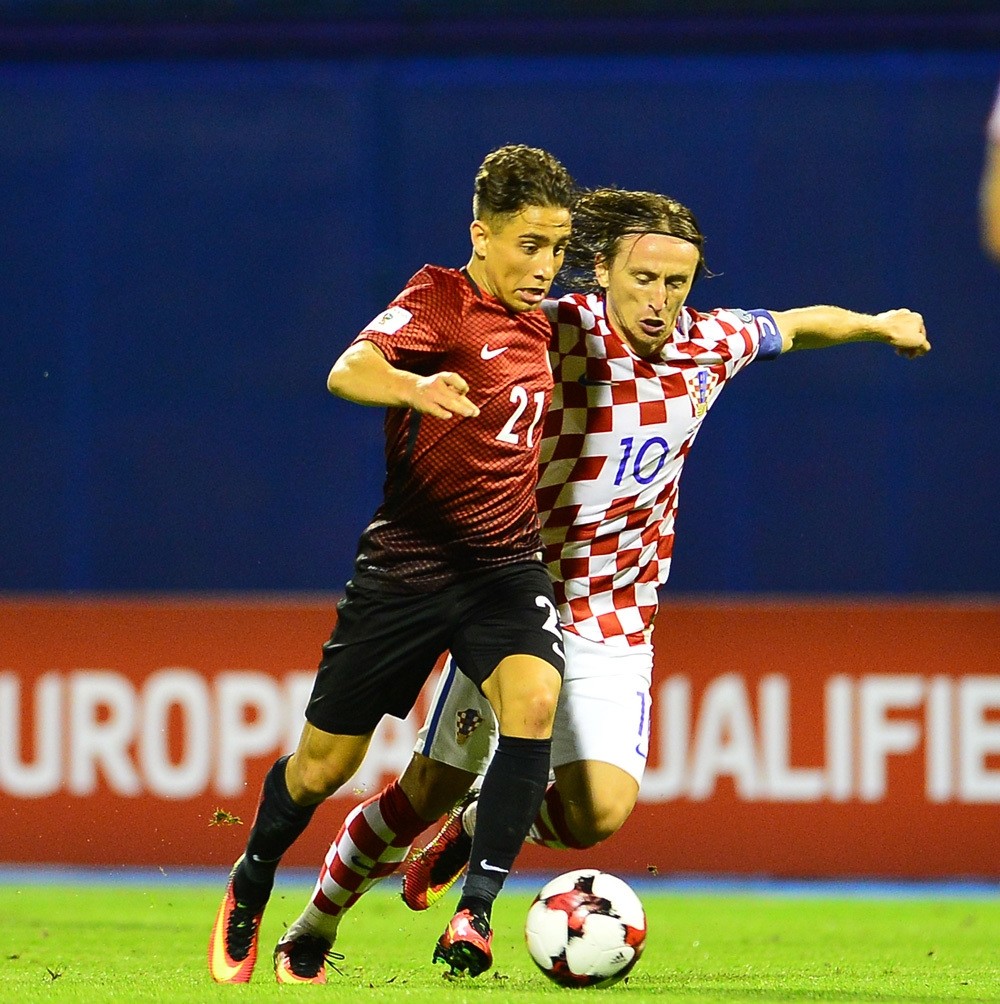 Turkey snatched a precious point against Croatia at the start of 2018 World Cup qualifying in European Group I. A win becomes vitally important for everyone in a group which could be wide open.
by Daily Sabah with Reuters Oct 06, 2016 12:00 am

Turkey and Ukraine, desperate to come back from their woeful form in the Euro 2016 tournament, will play in a critical Group I match today in the midwestern Anatolian city of Konya. Both teams underperformed badly in France and never looked like making strides in a big tournament. Coach Fatih Terim left out star players such as Arda Turan and Burak Yılmaz for their games against Russia and Croatia, and they have been left out again this time around. Turkey, along with the rest in their group, picked up a 1-1 draw in the first game of the qualifiers. It probably wasn't such a bad result for Turkey, as they drew with Croatia. But what all the draws do mean is that a win becomes vitally important for everyone in a group which could be wide open. Croatia, Turkey, Ukraine, and Iceland will all be battling it out for qualification to the World Cup.

If Turkey performed poorly in Euro 2016, Ukraine were worse. They lost all three of their group matches, against Germany, Northern Ireland and Poland and failed to find the net for the entire tournament. Their goal drought is evident, and it shows up even more in the team's reliance on winger and top scorer Andriy Yarmolenko. He was injured for the tournament, and that resulted in a complete absence of creativity and penetration in the final third.

In other news, football's newest country is hoping to be the surprise package of the World Cup qualifiers, just a few months after gaining FIFA membership. Kosovo became a UEFA member in May, joined FIFA a week later and was fast-tracked into 2018 World Cup qualifying. It posted a credible 1-1 draw in Finland last month in its competitive international debut and is looking to spring more surprises against Croatia and Ukraine, even if coach Albert Bunjaki believes the European Championship in 2020 is a more realistic target. Kosovo plays Croatia today in Albania's northern city of Shkodra, as it has no stadium certified by UEFA. It also plays on neutral territory three days later, with its away match against Ukraine being held in Poland as its opponent does not recognize Kosovo as an independent state.

"It will be a hard game," Kosovo coach Albert Bunjaki said in an interview with The Associated Press on Monday. "We know that Croatia is a good team and after three days we'll play against Ukraine. But at the same time, you know in football you can surprise. We've started the qualification. Our goal is 2020. At the same time, of course, we will try to do the best in every game, so the next one is the Croatian national team. We will get the answer after the game. We will try to surprise them as best we can."
Last Update: Oct 06, 2016 1:36 am
RELATED TOPICS