As Napoli's defense crumbles, Beşiktaş goes for the win in UEFA Champions League 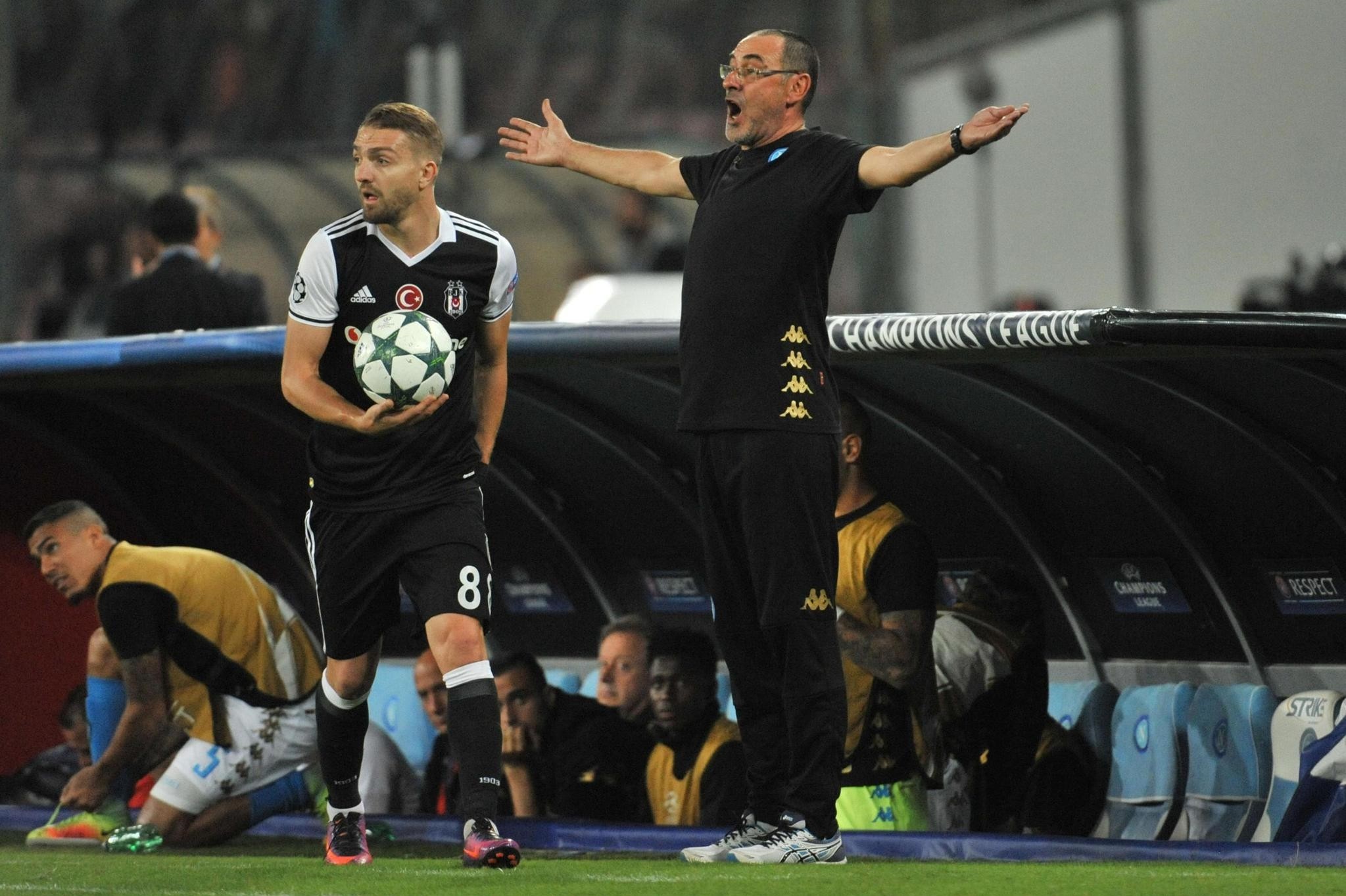 by Daily Sabah with Reuters Oct 19, 2016 12:00 am
Beşiktaş bagged its first win against one of its most challenging rivals in the UEFA Champions League, Napoli, beating the Serie A team 3-2 in the Group B game Wednesday.

Vincent Aboubakar headed a late goal, his second of the game, to give the Eagles a 3-2 win away at Stadio San Paolo in Naples after the Italian team had twice come from behind and missed a penalty along the way.

An early goal by Adriano gave Beşiktaş the lead, Dries Mertens equalised on the half hour and Aboubakar put the Turkish side back in front before halftime in the game.

Lorenzo Insigne's penalty was saved by Fabricio in the 50th minute but Napoli were awarded another spot kick 19 minutes later and substitute Manolo Gabbiadini converted.

Gabbiadini also had a goal disallowed for offside before Aboubakar got behind the Napoli defence to head home in the 86th minute, leaving Napoli with six points in Group B and Beşiktaş with five.

The Belgian had two early chances but Besiktas went ahead with their first chance in the 12th minute when the unmarked Adriano turned in Ricardo Quaresma's low cross at the far post.

Mertens levelled from close range after half an hour, only for Aboubakar to pounce on a dreadful pass from Christian Maggio and plant his shot past Pepe Reina.

Napoli were awarded their first penalty soon after halftime but Insigne saw his shot saved by Fabricio. However, substitute Gabbiadini, who replaced Insigne shortly afterwards, made no mistake from another spot kick in the 69th minute.