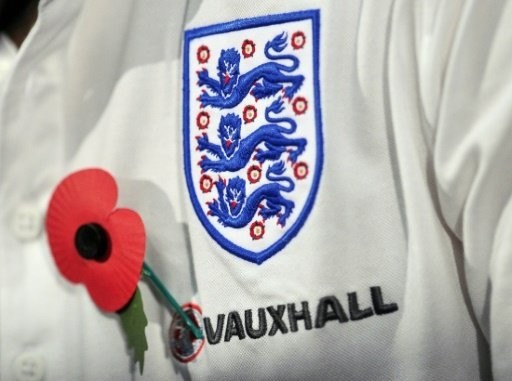 The Sun said FIFA had refused to let England and Scotland display poppies on their shirts during the game because it would be a political statement. (AFP Photo)
by Anadolu Agency Nov 02, 2016 12:00 am

The red poppy is worn as a symbol of wartime remembrance in Britain and a number of other Western countries.

"I think the stance that has been taken by FIFA is utterly outrageous.

"Our football players want to recognize and respect those who have given their lives for our safety and security. I think it is absolutely right that they should be able to do so," May told lawmakers in parliament.

May's intervention brings international recognition to a dispute mostly confined to the British press, which has been running a campaign for poppies to be permitted on Nov. 11 when England will play Scotland in a World Cup qualifying match.

Nov. 11 will also mark the 98th anniversary of the end of fighting in the First World War.