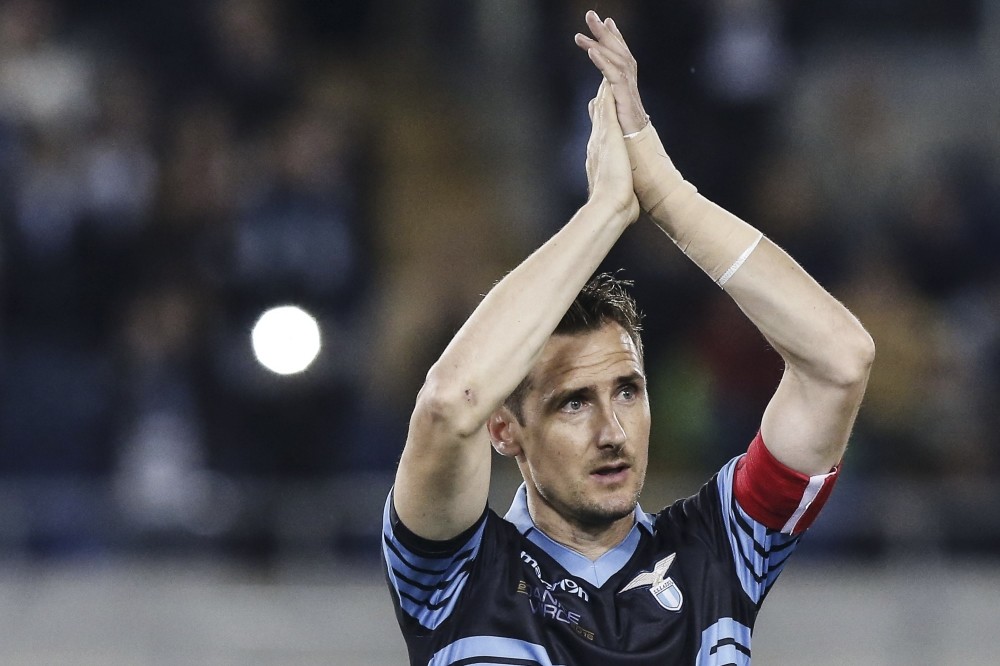 by Associated Press Nov 02, 2016 12:00 am
Germany's Miroslav Klose, the World Cup's all time top scorer with 16 goals, announced the end of his playing career yesterday. The 38-year-old striker netted his 16th goal in World Cup finals during the 7-1 semi-final thrashing of hosts Brazil two years ago, which saw him overtake former Selecao star Ronaldo.

Germany went on to win the title. Klose, Germany's top scorer with 71 goals in 137 internationals, was without a club when his Lazio contract expired last season. He now plans to join die Mannschaft's coaching staff after an invitation from head coach Joachim Loew. The 38-year-old Klose played for Serie A outfit Lazio until the end of last season but has since been without a club. "In the last months the idea of staying on the pitch has grown in my mind but with a new perspective, namely as a coach," Klose was quoted as saying on the DFB homepage.

"To read a game, prepare meticulously, to develop tactics and strategies have always been things I was interested in as a player. "I'm very grateful to Joachim Loew and (DFB sport director) Hansi Flick for the opportunity to put that into practice."
RELATED TOPICS