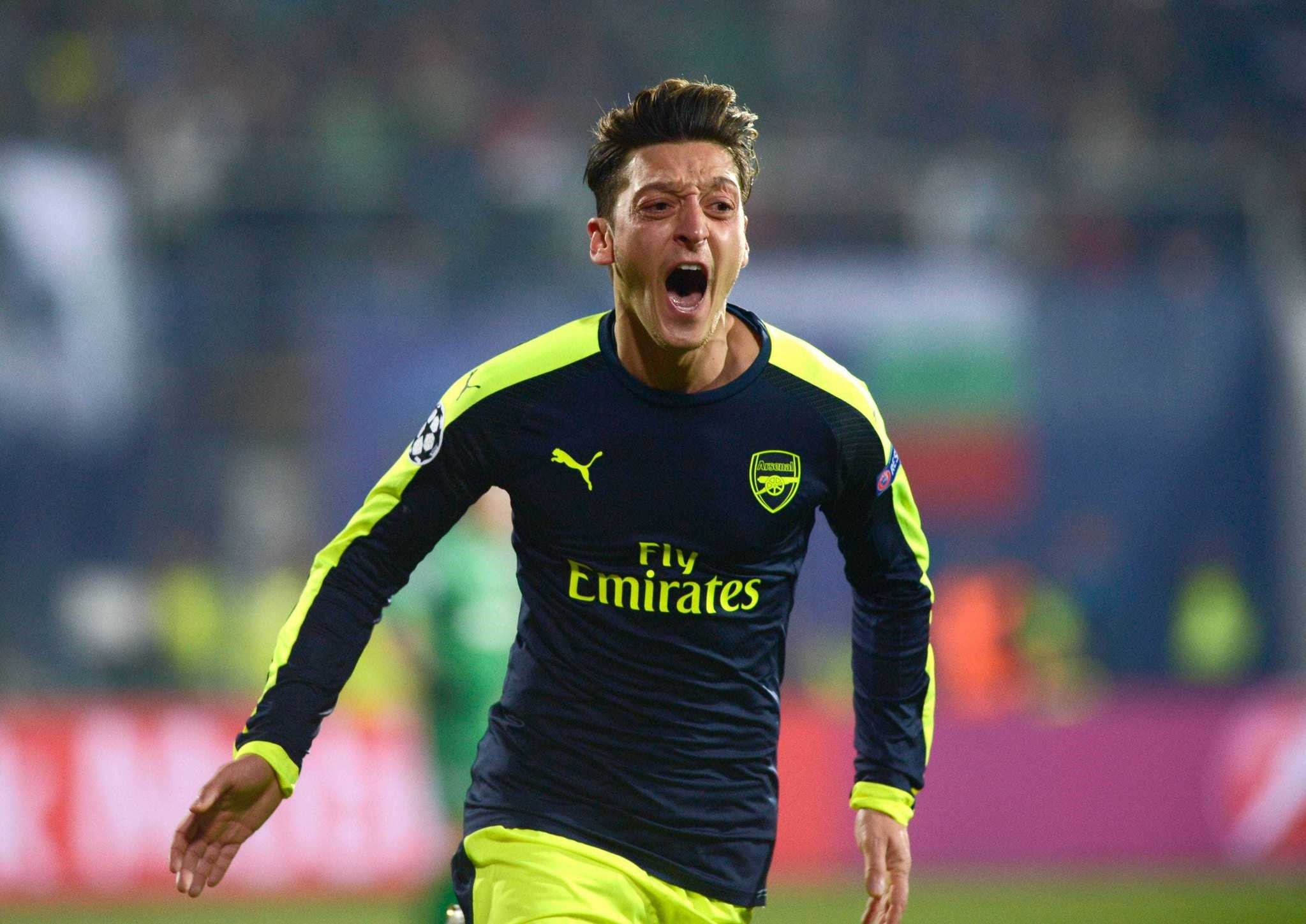 Mesut u00d6zil
by Daily Sabah with AP Nov 03, 2016 12:00 am
Manchester City got their revenge on Barcelona as İlkay Gündoğan scored twice in a 3-1 win in the Champions League on Tuesday, while Arsenal were one of four sides to secure progress to the last 16. Pep Guardiola's side had lost 4-0 away in Barcelona two weeks ago but they showed tremendous character to come from a goal down and beat the Spanish champions 3-1 at the Etihad Stadium.

Barcelona remain top of Group C and need only draw away to Celtic in their next game to progress, while City now know a win away to Borussia Moenchengladbach next time out will take them through.

Elsewhere, another Turkish-origin star Mesut Özil scored a stunning winner as Arsenal fought back from two goals down to beat Ludogorets 3-2 in Sofia and secure their place in the last 16 for the 17th season in succession. Arsene Wenger's side are through from Group A with two games to spare, as are Paris Saint-Germain, who won 2-1 away to Basel in Switzerland with a dramatic late winner of their own. Last season's runners-up Atletico Madrid and German champions Bayern Munich also qualified for the last 16 on Tuesday from Group D.
RELATED TOPICS