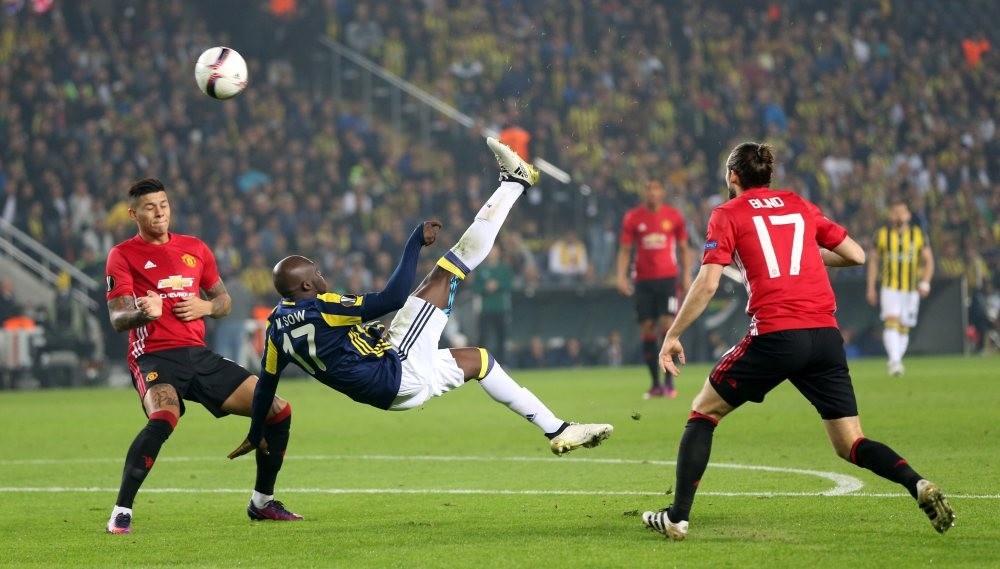 Turkish football fans can finally enjoy the victories that they have been missing in European tournaments. On Tuesday, Beşiktaş missed the opportunity to beat Napoli consecutively with an unlucky goal conceded in the late minutes. The two teams in Champions League Group B ended in a 1-1 draw at Beşiktaş's Vodafone Arena in Istanbul. The Black Eagles had defeated Napoli 3-2 in their previous game at Stadio San Paolo in Naples, with a goal from Adriano Correia Claro and two from Vincent Aboubakar.

But on Thursday history repeated itself as Fenerbahçe faced English powerhouses Manchester United. A proud past was tarnished and future dreams clouded with doubt at Old Trafford in 1996 as Manchester United's 40 year old, 56-match unbeaten home record in Europe finally fell to Fenerbahçe's stunning 1-0 victory. Elvir Bolic's late goal had won a famous Champions League victory for Fenerbahçe. And on Thursday seeking revenge of the previous week's humiliating 4-0 defeat at Old Trafford, Fenerbahçe took to the field with much enthusiasm and support from their fans.

The Yellow Canaries compounded the woes of Manchester United and their manager Jose Mourinho with a 2-1 victory in the Europa League, ruthlessly exposing the shortcomings of the English Premier League giants.

Roared on by home fans in their 50,000 capacity stadium on the Asian side of Istanbul, Fenerbahçe produced a stunning performance capped by a brilliant Moussa Sow bicycle-kick goal and a Jeremain Lens free-kick. Wayne Rooney managed to pull a goal back to create a tense final few minutes but it did nothing to brighten a miserable night for United. United now face a tense three-way battle for qualification from Group A with Fenerbahçe and Feyenoord who they now trail by one point after four games played.

Mourinho said that the team had been caught "sleeping" and had failed to heed his warnings over the toughness of playing away matches in Istanbul. He admitted the game had also exposed the lack of proper central defenders in the side and the lack of confidence in front of goal."What disappointed me more is I have quite a lot of experience playing against Turkish teams," the former Real Madrid and Chelsea boss said. "I passed all my experience. Playing against them in our home is easy... you come to Turkey and it's completely different. I told them to wait for that and not be focused on the game we had at home."

He continued, "But we started the game sleeping. They started at 100 mph; we start really slow. They went immediately in there, we were sleeping we did not react and then the game was a different story."

United also suffered a major blow with Paul Pogba who limped off with an injury as Mourinho lamented that no yellow card had been given for the challenge on the French star. Zlatan Ibrahimovic, like Rooney, was booed at every touch of the ball by the local fans. Ibrahimovic had torrid game but Mourinho praised the attitude of his Swedish marksman.

Meanwhile, veteran Fenerbahçe boss Dick Advocaat hailed his team's performance. "I think the players deserve credit for the way they played as a team," said the Dutchman. "When we had the goal we were not scared to attack. We scored two but could have had four or five."

Elsewhere, Osmanlıspor who played for the first time in a European tournament, made history in Spain after they beat Villarreal 2-1. They are sitting on top in UEFA Europa League Group L after the win.
RELATED TOPICS