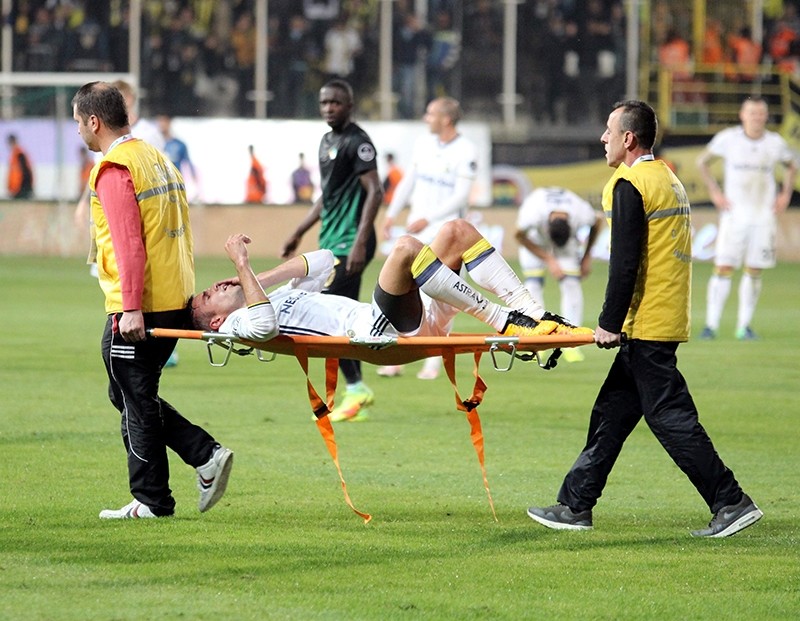 Dutch striker Robin Van Persie on Monday calmed fears for his eyesight after an ugly injury picked up playing for his club Fenerbahçe at the weekend had sparked concern.

After colliding with a defender during Sunday's clash with Akhisar Belediyespor the 33-year-old was stretchered off the pitch with a plaster covering his bloodied left eye.

But in his first comment after the injury, the former Manchester United star said that he had suffered a torn eyelid but the eye itself was unharmed.

"I have a little tear in my eyelid and after the tests in the hospital I can say that my eye itself is undamaged so all is good!" Van Persie said in a message on his official Facebook page.

"These things happen in football," he added in the English-language statement.

Van Persie said he was delighted with Fenerbahçe's 3-1 win in the match -- another step in its revival under Dutch manager Dick Advocaat -- and suggested he intended to play in the looming November 20 Istanbul derby clash against arch rivals Galatasaray.

"I am very happy with the team result and the win. Now focusing on the next game -- the derby," he said.

The injury at sparked alarm over the condition of his eyes, with the British tabloid The Sun headlining on its website that Van Persie "will never see again".

But Fenerbahçe's team doctor Burak Kunduracıoğlu said in a statement that the injury was "nothing significant" and the footballer's condition was "good".