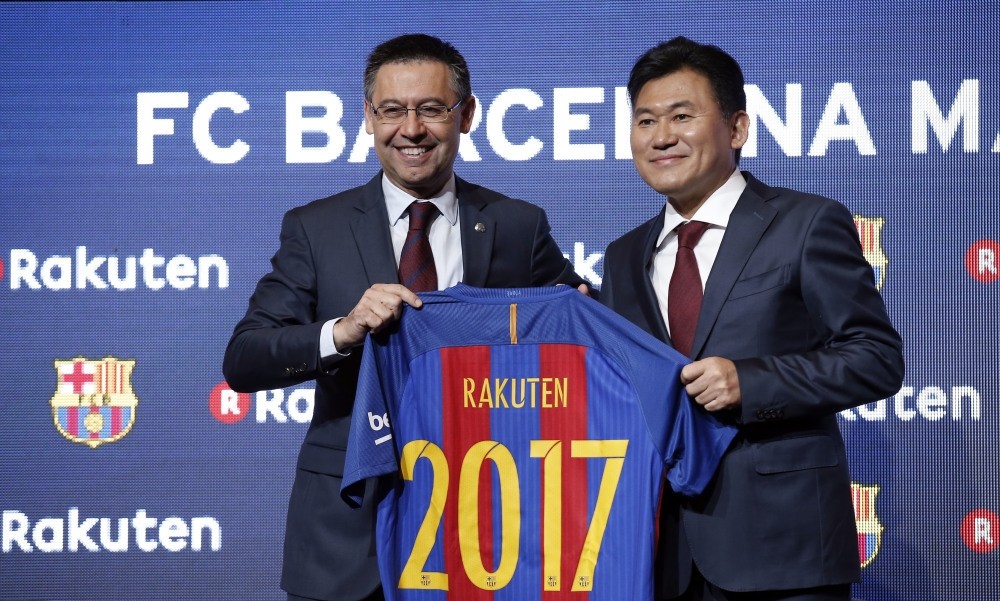 by Nov 18, 2016 12:00 am
Spanish giants FC Barcelona struck a massive shirt sponsorship deal worth $59 million a year with Japanese online retailer Rakuten. One of world football's most lucrative shirt sponsorship deals will see Japan's leading e-commerce company replace Qatar Airways, Barcelona's shirt sponsor since 2013, confirming Asia's appetite for major investment in European football. The new deal, which begins in the 2017-18 season, will last for four years. With the pulling power of top stars like Lionel Messi and Neymar, Barcelona's success on the pitch ensures the club exerts a huge draw on advertisers.

Barcelona boast some of the world's most recognizable stars - vital marketing assets for the club's partners - who have millions of followers on social media, promising invaluable exposure to sponsors. Argentine striker Messi is one of the most popular athletes in the world on social media, with more than 78 million fan followers on Facebook alone. Barcelona's new sponsorship deal however falls short of the seven-year deal which Manchester United signed with Chevrolet which will earn the English club $560 million - about $80 million (70 million euros) per year. Barcelona were once renowned for never having had a sponsor on their shirts. Rakuten, seeking to boost its global image, is Japan's biggest e-commerce company with more than 13,000 employees in Japan and saw a turnover of more than two trillion yen (18.2 billion dollars) in the first three quarters of the year. The company is already involved in domestic sports in Japan, owning J-League club Vissel Kobe and pro baseball outfit Tohoku Rakuten Golden Eagles.
RELATED TOPICS