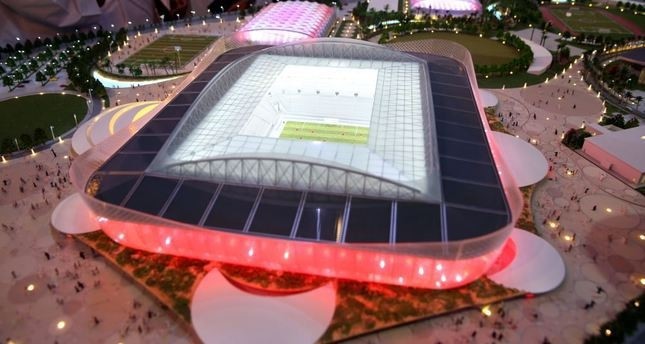 World Cup organizers in the Gulf have calculated the distances between the proposed eight venues for the 2022 tournament using a satellite mapping tool.

As well as the distance between the Al-Bayt and Al-Khor stadiums, organizers said the shortest distance will be just 4.5 km (3 miles) from the Khalifa International to the Qatar Foundation stadium.

That is approximately the same as that between Arsenal's Emirates ground and London rivals Tottenham Hotspur's White Hart Lane.

By contrast, the longest distance in Brazil between venues was more than 3,140 km, and the shortest almost 340 km, according to the figures.

They were released by the Supreme Committee for Delivery and Legacy, the body responsible for overseeing the tournament in Qatar, to mark the fact it is exactly six years until the first game of 2022 and underline the compact nature of their event.

Organizers say the tournament will be the "ultimate live experience" for fans, giving supporters the chance to attend more than one game a day in person.

As well as being held in a relatively small country with short distances between venues, there could be as many as four games played each day at the beginning of the tournament.

This is because the event will take place over 28 days, four fewer than normal, after FIFA moved the tournament to Nov./Dec. 2022 rather than the usual June/July, due to concerns about Qatar's fierce summer heat.

The 2022 World Cup will kick off on November 21 at the still-to-be-built Lusail Stadium, which will also host the final.
RELATED TOPICS