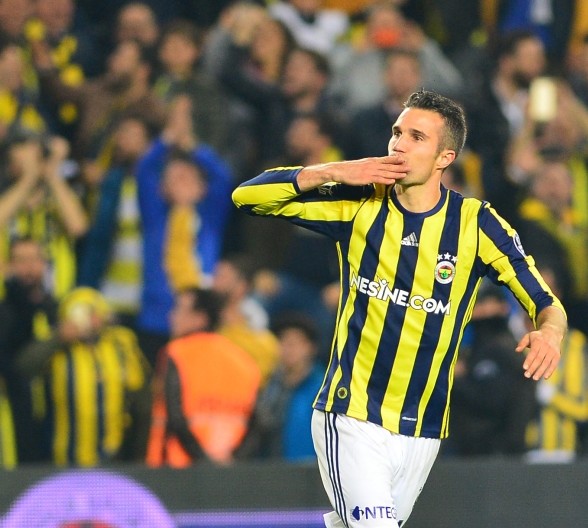 With the right combination of results, Fenerbahçe and Osmanlıspor can make it to the knockout stage of the Europa League tonight while Konyaspor must win and hope Braga loses as they battle to stay in the competition

Turkish giants Fenerbahçe will hope 10 points would be enough to earn them a spot in the knockout phase of the UEFA Europa League from Group A, as they welcome win-less Zorya on matchday five.

If Fenerbahçe win in Istanbul and Manchester United lose at home to Feyenoord, both Fenerbahçe and Feyenoord will go through, knocking out their opponents. This means both United and Zorya are in must win situations.

In their first ever meeting with a Turkish side, Zorya was held at home by Fenerbahçe, thanks to a Simon Kjaer 95th-minute equalizer on match day one in Ukraine. Fenerbahçe is now without a won in seven games (D4 L3) against Ukrainian teams.

All three of the Yellow Canaries' home encounters with Ukrainian clubs had ended in draws: a 2-2, then two 0-0s. Fenerbahçe, however, are unbeaten in their last eight European home matches (W7 D1), including wins in the last six. On the other hand, Zorya have lost their last three UEFA away fixtures, including 1-0 defeats in two of their away assignments, and they are yet to score more than once in any game. Semi-finalists of 2012/13, Fenerbahçe had successfully negotiated all four of their previous UEFA Cup and UEFA Europa League group stage campaigns.

Elsewhere, Steaua need a win to resurrect their UEFA Europa League Group L campaign as Osmanlıspor travel to Romania, with Raul Rusescu and Lukasz Szukuła both well known in Bucharest.

Steaua Bucharest could be out of contentions for the round of 32 if they fail to get the better of Osmanlıspor. Steaua must hope the other game, between Zürich and Villarreal, is drawn, if they draw or lose. Osmanlıspor in the meantime is just a win away from making it to the knockout phase.

They beat Steaua 2-0 in Ankara when the sides met for the first time on match day one. It was the Turkish club's first encounter with Romanian opponents. Steaua's record in ten meetings with Turkish teams stands at W4 D3 L3 (W3 D1 L1 at home), while Osmanlıspor's record in five European away matches this season is W3 D1 L1, with the sole defeat at Zürich on match day two.

This is Osmanlıspor's first ever UEFA group stage venture; they had previously competed in Europe under the name Ankaraspor.

Osmanlıspor's Raul Rusescu is well known to Steaua fans, having scored 34 goals in 65 league games for the club from 2011-13, and returned on loan from Sevilla in 2014/15. Their Polish defender Lukasz Szukula has also played for Steaua from 2012 to 2015.

Steaua defender Gabriel Tamash plied his trade in Turkey with Galatasaray (2003-04), while team-mate Alexandru Bourceanu is back in Romania after two years at Trabzonspor (2014-16).

Meanwhile, in Group H, Shakhtar Donetsk have clinched the top spot with wins in all four of their opening games, but match day five visitors Konyaspor must end that streak to keep any hope of being in the tournament alive. Shakhtar can afford to relax a little as they welcome the Turkish outfit in their final home game, with time seemingly running out for the visitors.

To have any possibility of qualifying, Konyaspor must win and hope Braga do not do so away to Gent.

Previously, Facundo Ferreyra had scored the only goal as Shakhtar beat Konyaspor 1-0 in Turkey on match day one in what was the home side's first ever UEFA club competition fixture. Shakhtar are yet to lose in their eight UEFA competition meetings with Turkish teams (W7 D1) so far and have conceded just once in the course of those matches.

In contrast, European debutants, Konyaspor is yet to win in their European fixture as their outings left them with one draw and 3 losses. They have lost both of their continental away games to date by two-goal margins.

Manage of Konyaspor, Aykut Kocaman, a former striker celebrated for his chest-and-volley goals for Fenerbahçe, started his second stint as Konyaspor coach in 2014. He was in charge at Fenerbahçe from 2010-13, lifting a league title and two Turkish Cups.
RELATED TOPICS