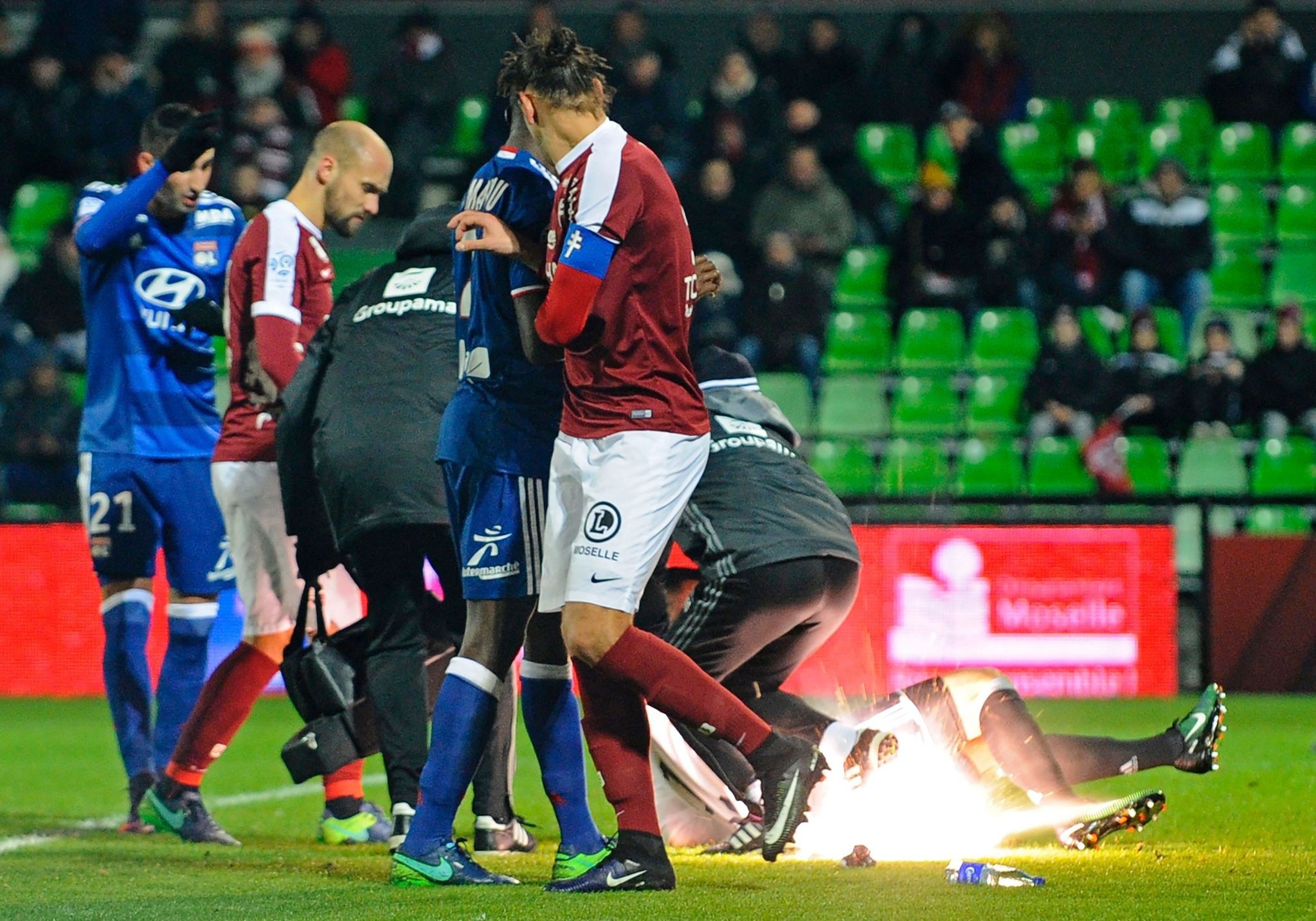 Saturday's Ligue 1 match between Metz and Lyon was abandoned with only 30 minutes played after home supporters threw firecrackers at visiting goalkeeper Anthony Lopes.

Metz had taken the lead through Gauthier Hein just before play was interrupted at the Stade Saint-Symphorien, with the match officially called off after a 45-minute delay.

The incidents could lead to Metz forfeiting the match and Lyon being awarded the win.

A dazed Lopes was seen lying on the ground after a firecracker was launched in his direction, with a second projectile then exploding underneath the prone Portugal international, according to images broadcast by BeIN Sports.

Lyon later said that Lopes was on his way to hospital to undergo tests.

"At worst the eardrum could be affected," said Lyon president Jean-Michel Aulas

"He has a loss of balance and he doesn't know where he is. That's why he was taken to the hospital. The team will wait for him and hope it's nothing serious."