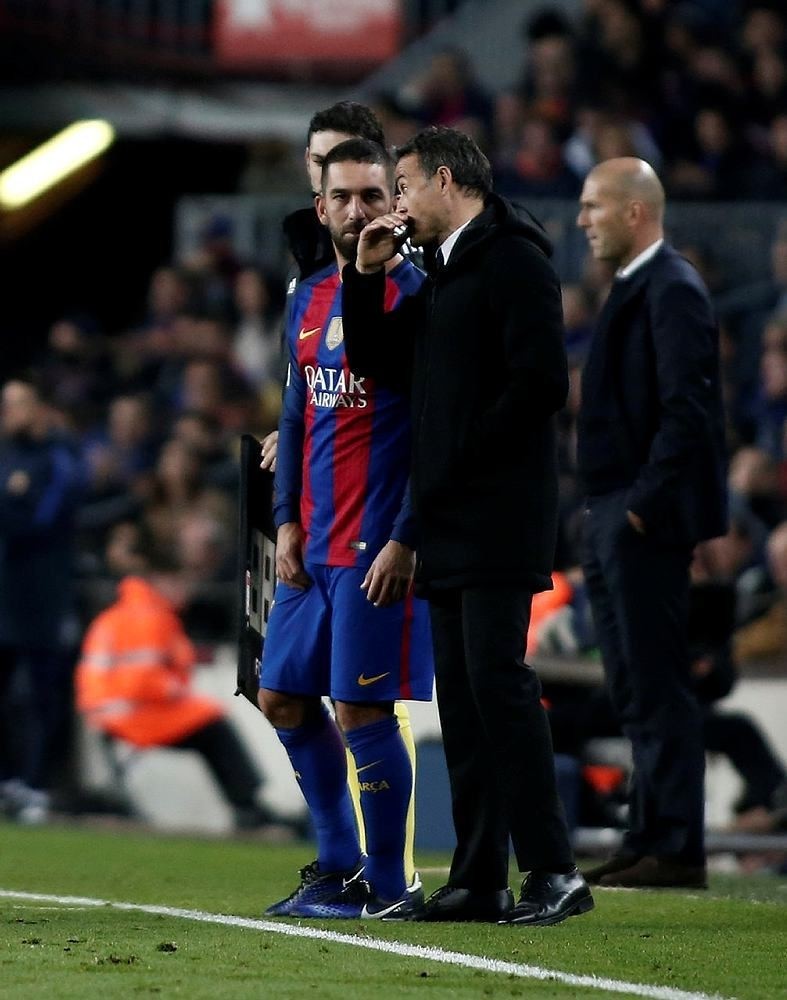 Enrique was unhappy with Turan for giving away the late foul that enabled Modric to deliver the free kick from which Ramos scored.
by Daily Sabah with Wires Dec 05, 2016 12:00 am
Sergio Ramos earned Real Madrid a dramatic late draw in El Clasico by heading in a Luka Modric free kick to hold Barcelona 1-1 on Saturday. Luis Suarez put Barcelona ahead on 53 minutes getting in front of Raphael Varane to head in Neymar's corner. But Real Madrid fought to maintain an unbeaten run that now stands at 33 games thanks to Ramos' 90th minute leveler. They stay six points clear of Barca at the top of La Liga.

Luis Enrique was unhappy with Arda Turan for giving away the late foul that enabled Modric to deliver the free kick from which Ramos scored. He said: "It's clear that we should not give away fouls especially when the Madrid player has his back to goal. They can always come back into games. They show a lot of heart."

Meanwhile, football superstar Cristiano Ronaldo has been caught up in a massive scandal after investigative reporters accused him of having avoided millions of dollars in taxes by using offshore accounts. According to Spanish daily El Mundo, Ronaldo, who plays with Real Madrid, made 150 million euro ($160 million) selling the rights to his image but only paid 5.6 million euro in taxes to the Spanish government in taxes - just 4 percent - because most of the money was hidden in the British Virgin Islands. However, Ronaldo's agent has released a document that allegedly shows the player is in compliance with Spain's tax authority.

The document published by company Gestifute, ran by Ronaldo's agent Jorge Mendes, allegedly shows that Spanish fiscal authorities certify that the player is "up to date on his obligations." The document's release comes a day after European media outlets released what it claimed were details of apparent tax arrangements made by top players and coaches, including Ronaldo, Jose Mourinho and Mesut Özil. Gestifute also published a similar document in Mourinho's name on Friday.
RELATED TOPICS