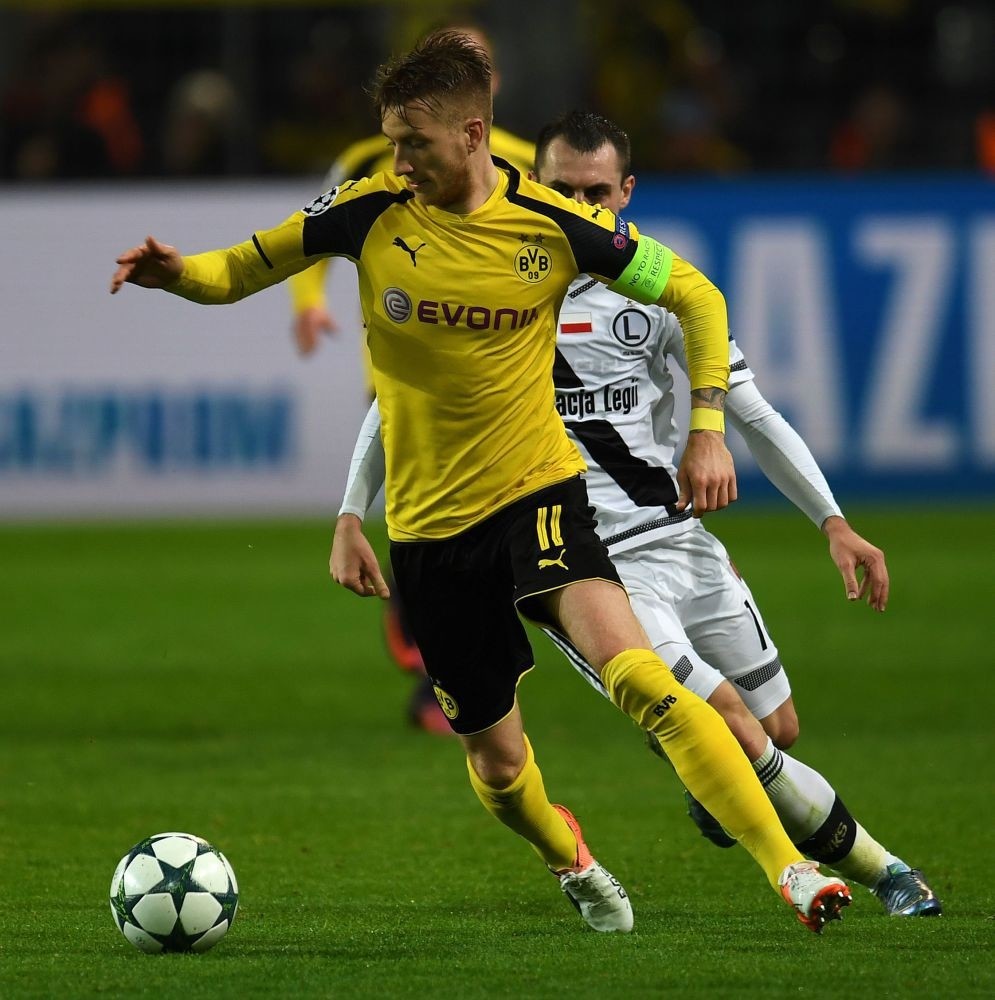 by Dec 07, 2016 12:00 am
Borussia Dortmund can set a new Champions League goal record at Real Madrid today if the likes of Marco Reus (above), Ousmane Dembele or Pierre-Emerick Aubameyang score at the Bernabeu. Dortmund arrive in Madrid just one shy of the 20-goal record three teams - Manchester United, Real Madrid and Barcelona - have previously tallied in the Champions League group stages.

Two of those, United, in 1998/99, and Real, who achieved "La Decima" - a 10th European crown - in 2013/14, went on to win that season's European title. Thomas Tuchel's leaders Dortmund hold a two-point advantage over Real in Group F and the winner of today's clash in Madrid will qualify top of the table. Star-studded Real, spearheaded by Cristiano Ronaldo, present a formidable challenge at home, but Dortmund are in buoyant mood. It finished 2-2 when the teams met in Dortmund last September as Andre Schuerrle's late goal rescued the hosts after Ronaldo and Raphael Varane scored for Real and Aubameyang had netted for Borussia.

But Dortmund were boosted a fortnight ago by the return of Germany winger Marco Reus after six months out with the adductor injury that saw him miss Euro 2016. The 27-year-old grabbed two goals, with a third later credited as an own goal, and set up two more when Dortmund trounced Legia Warsaw 8-4 at home a fortnight ago in a record score for a Champions League match. Reus also weighed in with three assists, and had a goal disallowed, in Dortmund's 4-1 thrashing of Borussia Moenchengladbach on Saturday.

"The injury, which meant a six-month break, has made him more mature," said Dortmund coach Thomas Tuchel.

"Now Marco is back and it's fantastic the way he has returned."
RELATED TOPICS