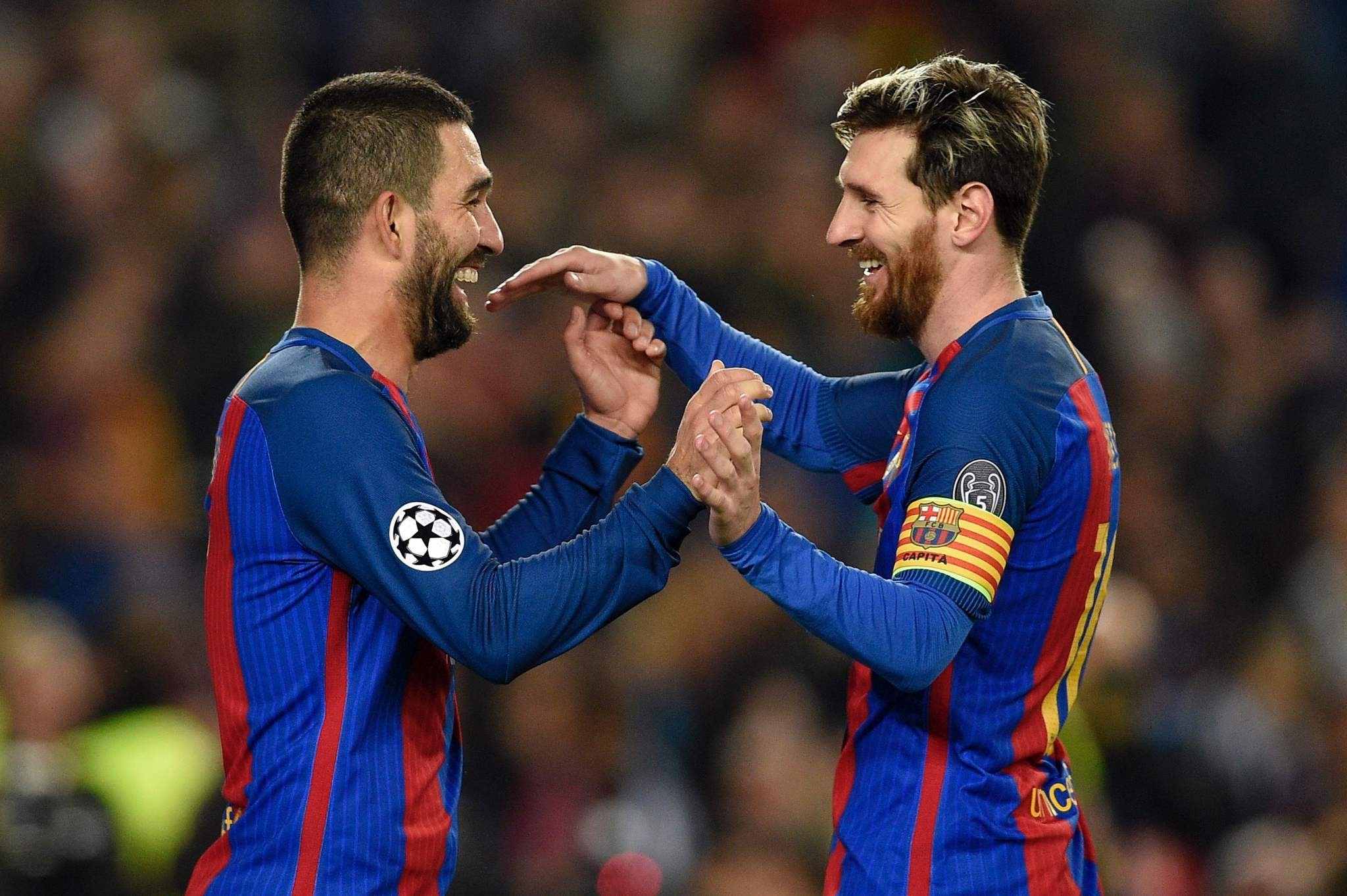 With Barca already through as Group C winners and the other positions also determined, the main attraction at the Nou Camp was the possibility of Messi matching Ronaldo's haul of 11 goals in the 2013-14 competition.

Things looked promising for the Argentina maestro when he played a one-two with Turan and fired the ball into the corner of the net in the 16th minute.

Messi spurned two chances to make it 2-0 before the break and, in the end, had to be content with 10 goals in Group C.

The second half belonged to Turan who was playing instead of the suspended Neymar.

The Turkish striker doubled Barca's lead in the 50th minute, arriving at the far post to nod in Denis Suarez's deflected cross, and netted again in the 53rd as he produced a crisp finish after a cut-back from the lively Aleix Vidal.

Turan completed his first treble for Barca by turning in Paco Alcacer's cross from close range, squeezing the ball past goalkeeper Yann Sommer's near post in the 67th minute.

Barca ended up with 15 points from six matches while Manchester City also went through to the knockout stages on nine.

Moenchengladbach qualified for the last 32 of the Europa League by finishing third and Celtic were bottom.