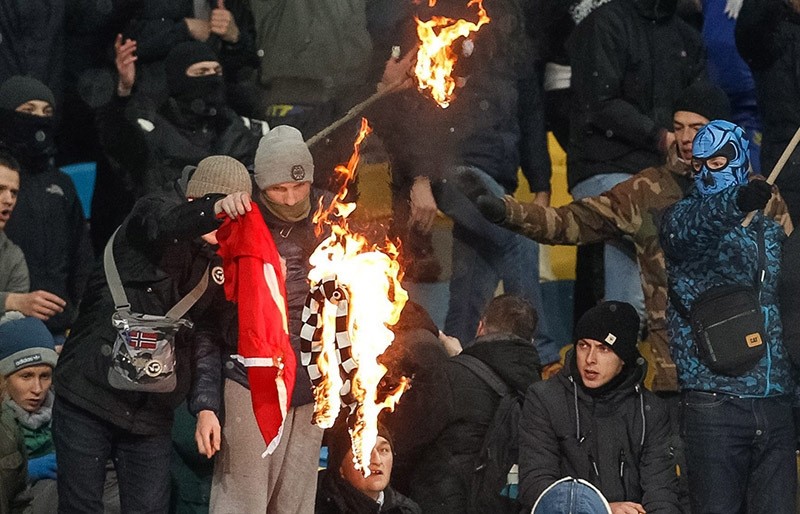 According to a UEFA statement, disciplinary proceedings were opened over Tuesday's match in Ukraine, where Dynamo Kiev defeated Beşiktaş 6-0.

Local media outlets also reported Tuesday that fans of two clubs had clashed before the decisive match in Kiev; more than 10 Turkish supporters were treated in hospital.

The 6-0 defeat for Beşiktaş eliminated the Turkish team from the Champions League after it finished third in Group B.

The disciplinary body will deal with the cases next year, on Feb. 2, the statement added.