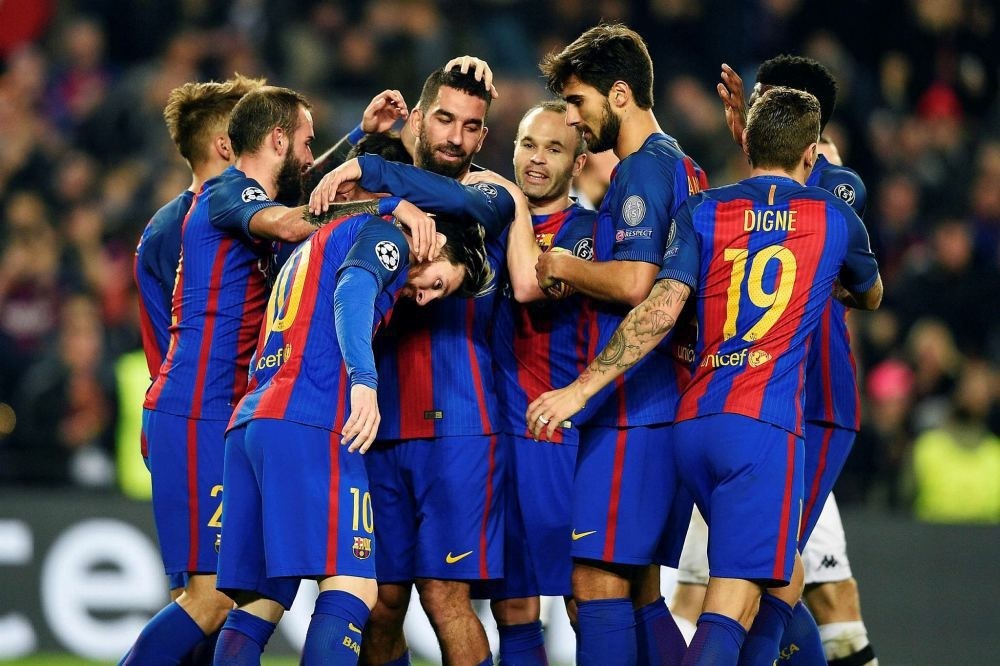 Barcelona, shined on with Arda Turanu2019s hat-trick against Borussia Moenchengladbach on Tuesday, already qualified for the last 16 group winners.
by Dec 09, 2016 12:00 am

Wrapping up the group stages, the UEFA Champions League is set to move forward with a clash of the titans between the likes of Barcelona, Arsenal, Atletico Madrid and others after the draw for the knock-out stage on Monday

The Champions League group stage is done and dusted with Europe's elite now looking ahead to the do-or-die contests in the last 16.

Some of the big beasts of European football have taken blows in the Champions League but with the conclusion of the group stage on Wednesday, attention now turns to the draw for the knock-out phase on Monday.

Holders Real Madrid and Bundesliga giants Bayern Munich were two of the favorites who qualified only as runners-up while Premier League surprise packages Leicester City ignored poor domestic form to win their group.

Barcelona and Atletico Madrid each tasted defeat en route to topping their groups while Sevilla's progress to the last 16 means one thing is sure - they will finally relinquish their grip on the Europa League after three seasons.

"What we were looking to do was to do everything to go through as group winners," Real coach Zinedine Zidane said. "We did everything to have achieved that, but that's how it goes.

"We won't be dwelling on this. We finished second and we'll find out our opponents on Monday."

Real looked on course to win their group when leading Borussia Dortmund 2-0 Wednesday but the 1997 winners fought back to draw and secure the point needed to stay top.

Dortmund progress as record scorers of 21 group phase goals and are one of seven former winners to advance.

"Real missed the chance to finish the game off," Dortmund midfielder Sebastian Rode said. "It's great that we managed to finish the group in top spot, but in the last 16 there's no such thing as an easy opponent."

In Monday's draw in Nyon, Switzerland, seeded winners are paired with non-seeded runners-up but no team can play a club from their own country or the side with whom they competed in the group.

Leicester are relative minnows in the company of the elite but won their group with a game to spare before being thrashed at 5-0 at Porto.

The other English runners-up, Manchester City, enjoyed a group stage win over Barcelona but dropped points elsewhere cost them dearly.

They could face Napoli, Atletico, Monaco, Dortmund or Juventus.

"I'm very happy we have qualified from a very tough group that included some excellent teams," said City coach Pep Guardiola. "To have progressed to the next stage from a group that included Barcelona, Celtic and Borussia Moenchengladbach is fantastic because we are still relatively new to this competition and these are experienced, top clubs."