Dynamo Kiev showed the ugly truth, but can Beşiktaş handle it? 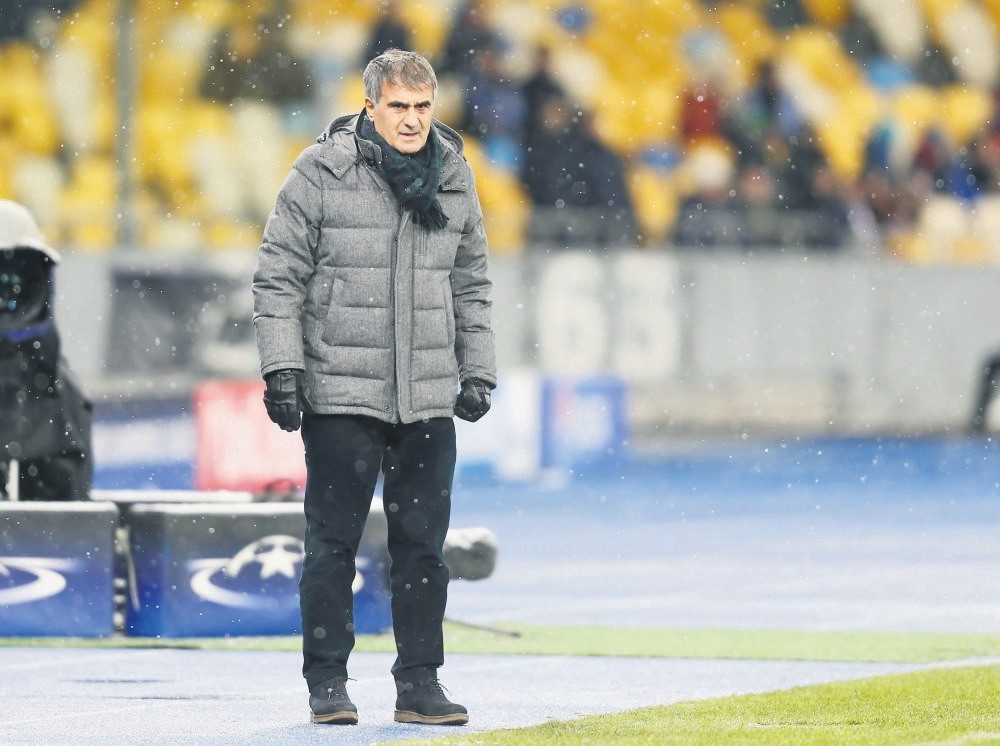 u015eenol Gu00fcneu015f, coach of Beu015fiktau015f
by Arda Alan Işık Dec 10, 2016 12:00 am
There are times that the truth strikes much harder than a heartbroken columnist, and when it does it is not just the columnist's heart that breaks. Since the beginning of the season, I have criticized Beşiktaş for not having a systematic, repeatable strategy and being too dependent on individual talent. Even though the team have enjoyed good results in both the Super League and the Champions League, there were fundamental deficiencies in the structure of the team that signaled this catastrophic result. Beşiktaş learned the bitter truth in Kiev by losing 6-0 against a team who won only two points and scored only two goals in five games.

First of all, even though it is painful for me to talk about a refereeing performance, we have to admit that Scottish referee Craig Thompson determined the fate of the game by sending off Beşiktaş right back Andreas Beck and giving a penalty to Dynamo Kiev. Nevertheless, the Beşiktaş players' attitude after that call was the real factor that led them to such a shameful result. They gave up easily and started to play against the referee more than they played with the ball, which is the last thing a professional football player should do in a situation like that.

However, even when the game was 11 vs 11, I did not see Beşiktaş dominating the game or having a repeatable plan for scoring a goal. Probably coach Şenol Güneş thought the same defensive survival tactic they used in previous games would keep them in the game and that Ricardo Quaresma would somehow create something. Indeed, this has been the case for most of the time this season, and Beşiktaş were running aimlessly, hoping that the fact that they were struggling would keep them alive in Champions League.

Now they are a team, which truly worked and struggled hard to come to this point, that missed out on the next round of the Champions League. What do we say here? Do we say this was an unlucky day for Beşiktaş? Did the referee finish off Beşiktaş before they even started? Or maybe Beşiktaş did not have a backbone strategy, a collective action plan that could keep them in the game even if the things go south. If Beşiktaş had come back from 2-0 down it would have been a historic game, but it would not have been a fairytale. The team showed their distrust in their own tactics mentally giving up after it was 2-0. If they had known that they have a decent strategy that utilizes not only Ricardo Quaresma but at least four players in attack, they could have still fought for a game they had to win.

It is now time for Beşiktaş and coach Şenol Güneş to stop being chaotic and start thinking about developing a more collective defensive and attacking strategy, so that they can build more authority and capability in utilizing time and space. This team still has the individual and tactical qualities to win the Super League and the Europa League, now it is up to Şenol Güneş to show his talent and build a strategy around those qualities. He showed that he is capable of doing so last season, why not rebuild Beşiktaş again?
RELATED TOPICS