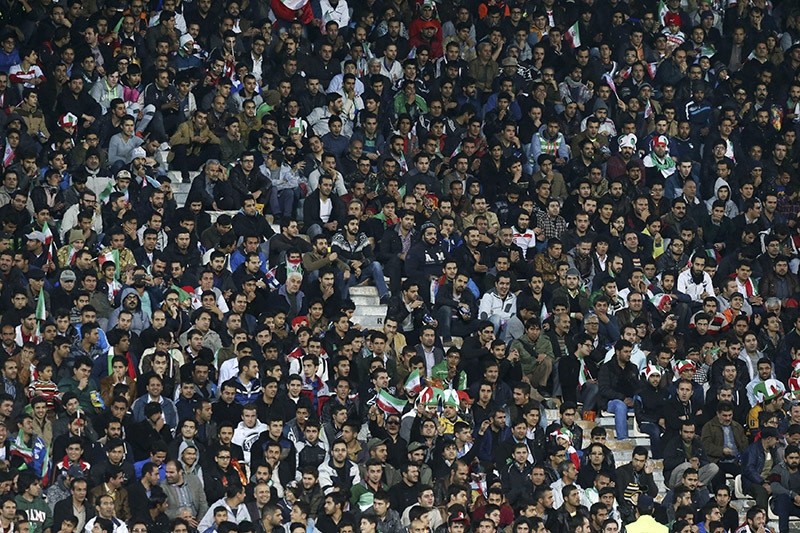 Iranian soccer fans have protested the ongoing massacre perpetrated by the Assad regime in Aleppo during a game in the southwestern Iranian province of Khuzestan.

Foulad soccer fans in Iran protested the ongoing massacres in Aleppo during the soccer game of their team in the Alghadir Stadium.

Soccer fans brandished placards reading ''Aleppo is disappearing,'' ''We stand with the people of Aleppo,'' while the crowd also shouted slogans against the Assad regime.

On the other hand, Iranian state TV stopped the live broadcast of the soccer game between Traktorsazi and Sepahan teams, played in the northwestern Azerbaijani-majority city of Tabriz, after home team Traktorsazi's fans chanted pro-Turkey slogans.

Iran has been supporting the Assad regime since the beginning of the Syrian conflict, which has so far left around 600,000 dead, mostly civilians massacred by the Assad regime in bombardments, shootings and chemical attacks.

The Syrian conflict escalated over the past weeks, when Assad regime forces backed by militias organized by Iran started to close in on the opposition-held eastern Aleppo enclave.

The Assad forces and Iran-backed militias progressed in Aleppo by massacring civilians according to independent international sources.